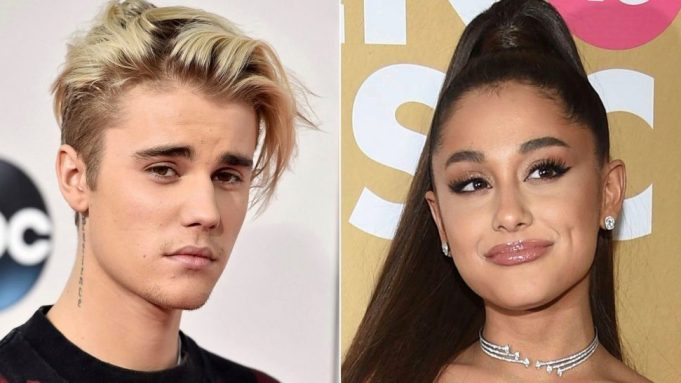 Quaranteens rejoice! Justin Bieber and Ariana Grande have collaborated on a new charity single called “Stuck with U” to benefit the First Responders Children’s Foundation. The two artists share management — Scooter Braun’s SB Projects — and directing credit on the “Stuck With U” video (along with Braun, Rory Kramer and Alfredo Flores) which features videos submitted by fans and friends dancing with significant others, pets, friends and family while isolating at home in response to the coronavirus pandemic.

Among those making cameos are Bieber’s wife Hailey, Kylie and Kendall Jenner, Demi Lovato, Chance the Rapper, Kanye West and Kim Kardashian West, Michael Bublé and Jaden Smith — all dancing along to the waltz-like tempo. The mystery man towering over Grande is Dalton Gomez, a Los Angeles real estate agent (TMZ reported in March that the two were dating). Fans featured in the video are first responder families and frontline medical workers from Los Angeles area hospitals.

The single is a joint release by Def Jam Recordings and Republic Records and one of several planned by SB Projects for release over the course of the year. Universal Music Group chairman/CEO Lucian Grainge was among the first major music industry figures to be afflicted with coronavirus, and was admitted to Los Angeles’ UCLA Medical Center for treatment on March 13. He has since recovered.

In responding to the COVID-19 pandemic, First Responders Children’s Foundation has already awarded more than $2 million in grants, funded more than 11,000 hotel room nights, distributed more than 200,000 FDA certified, surgical grade masks (without disrupting the supply chain of N95 masks for hospitals) and paid for 16 funerals of first responders who have died from COVID-19.