Patti LuPone: ‘The Country Is Doomed’ Because of Donald Trump 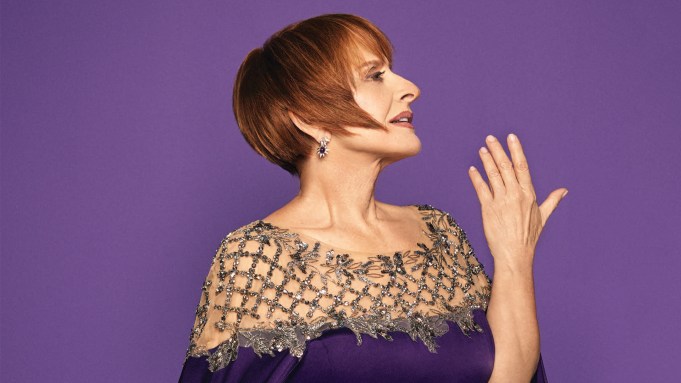 Patti LuPone has lost countless friends and colleagues to AIDS.

As a mainstay of the Broadway stage in the 1980s and ’90s during the worst of the crisis, LuPone saw the virus sweep through her community, wiping out gay men in the prime of their lives and depriving the world of a generation of artists.

“We’ve lost our most creative people to AIDS,” LuPone says, tearing up in her backstage dressing room at Broadway’s Bernard B. Jacobs Theatre, where she was supposed to be performing this spring in “Company.” “It’s an insidious disease. It’s taken a terrible toll on a community that’s trying to uplift and educate society.”

Witnessing how her co-stars, collaborators, and intimates battled the disease spurred LuPone, an industry icon thanks to her roles in “Evita” and “Gypsy,” to use her celebrity to support the work of Broadway Cares/Equity Fights AIDS. The organizations, which were founded as separate entities in the late ’80s, merged in 1992. They provide financial support and assistance to entertainment industry professionals who are dealing with AIDS and HIV-related issues. It’s a mission that has only grown more urgent with the onset of COVID-19, which has left many people with these medical issues more vulnerable to the new virus.

When LuPone, who is being celebrated as one of Variety’s Power of Women honorees this week, first spoke to the magazine in March, Broadway theaters were still welcoming audiences from around the world. Within days, the coronavirus had led to widespread closures of theaters, shutting down the Great White Way and leaving thousands of actors, stagehands, ushers and other workers unemployed. It’s unclear when theaters will be able to reopen. LuPone says that when “Company” shuttered, its producers told her they would be performing again within two to three weeks.

“Now they say Broadway will be shuttered until Labor Day,” says LuPone, who has been busy social distancing at her home in rural Connecticut. “Well, we all know that’s not true. I think it’s going to come back at the earliest in January and maybe not even then. It’s very, very depressing and very worrisome.”

LuPone blames one figure for the rising death rates from COVID-19 and the chaotic governmental response to the disease: Donald Trump. The president has been a frequent target of criticism for the Broadway star, who, appearing in “War Paint” in 2017, said she’d refuse to perform if he came to see her. The remarks went viral. Her attitude has not softened, even though she’s convinced that the president will prevail against Joe Biden in this fall’s election.

“This country is doomed,” says LuPone. “I think it is a failed experiment. I don’t see us pulling ourselves out of this. I think we’re heading into either fascism or a dictatorship. I think Trump will win a second term, and I think I’ll move to Ireland.”

She’s serious. LuPone has an EU passport, and the actor fell in love with Ireland while shooting “Penny Dreadful” in the country. She has been looking at property to buy.

“I have a finite amount of hours left in my life,” says the 71-year-old performer. “I want to be able to look at nature and go, ‘Oh right. That’s what it’s all about.’”