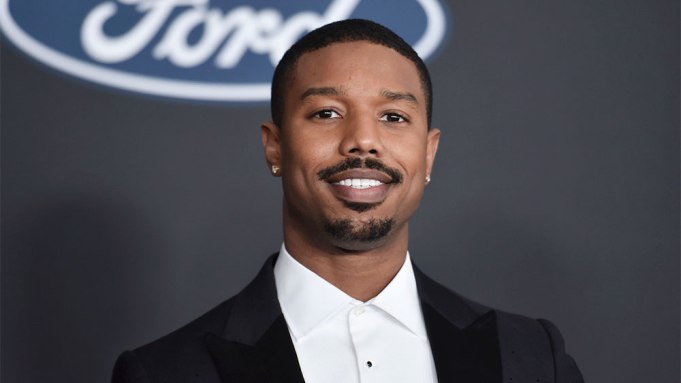 Actor-producer Michael B. Jordan and a trio of Broadway insiders have unveiled separate initiatives to advance the cause of racial justice in the entertainment industry.

Jordan has partnered with the non-profit org Color of Change to launch the #ChangeHollywood initiative. The program’s goal is to provide a “roadmap” for how industry leaders, executives, producers and others  can change their hiring practices and company culture to bring more Black employees and creative voices into the mix.

The roadmap includes resources that help companies invest in anti-racist content and to showcase and support Black talent.

“This roadmap is just the beginning of the journey to racial justice. We are all accomplices in the fight to transform Hollywood, and we invite content creators and industry leaders to join us in working together to #ChangeHollywood,” said Michael B. Jordan, who is CEO of his Warner Bros.-production banner Outlier Society. “We look forward to including a variety of voices in doing what we do best: telling authentic stories, bringing people together, partnering with influential artists, and changing the rules of the game.”

In 2018, Jordan spearheaded the groundbreaking agreement with Warner Bros. that calls for the studio to release an annual report disclosing diversity and inclusion statistics for all of the company’s various TV, film and digital productions.

Color of Change president Rashad Robinson said the focus on nurturing Black talent across the global entertainment industry is long overdue. The #ChangeHollywood initiative is part of the groundswell of social justice activism sparked this year by the brutal killing of George Floyd at the hands of Minneapolis police on May 25.

“The legacy of racism in Hollywood is long and unforgivable: excluding Black talent, silencing Black voices, derailing Black careers, and using the economic power of the industry to prop up police who target and enact violence on Black communities,” Robinson said. “We know from our advocacy that the industry won’t change on its own, so we’re building off our current work to hold Hollywood accountable to offer these resources and a roadmap toward enacting racial justice. From the writers’ rooms to the streets, we are energized and ready to help Hollywood follow through on their statements that Black lives matter.”

BTC has partnered with top companies in an effort to ensure that Black candidates are identified for employment, paid internships and mentorships and that paid fellowships and leadership opportunities are enacted to ensure that Black voices are heard on Broadway. BTC also plans to launch an annual Performance Series to highlight three shows created, produced, designed and managed by Black artists.

“Once we identified just how vast the disparity is between the perceived inclusivity on stage and the utter dearth of black professionals off stage, we began outlining ways in which we could address and ultimately eradicate this invisible imparity,” the co-founders said in a statement. “This outline provided a clear path forward for our organization and our entire industry. It’s high time to end this ‘illusion of inclusion’ by reshaping the theatrical ecosystem for those who have been marginalized by systematically racist and biased power structures that have endured since the dawn of the American theater.”

Afton Battle, an alum of non-profits in Chicago and New York, will serve as executive director of BTC.

Lee will serve as board chair of BTC. He is also chief transformation officer of private equity giant Carlyle Group and is active in theater and arts communities in New York and Washington, D.C. Reid is a seasoned Broadway pro as a performer and producer. He will serve as BTC artistic director alongside Adams, a South Africa-born composer and writer.

Aaliytha Stevens, COO of legit marketing firm SpotCo, will also serve as a BTC board member.