7 Biggest Takeaways From the 2020 Tony Nominations 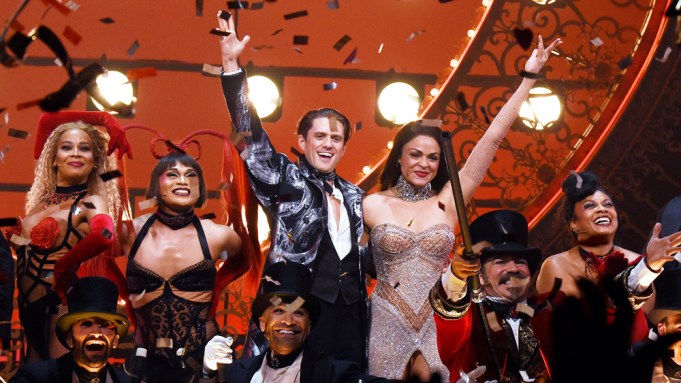 Would any time be a good time for the Tony Awards this year? With the country gripped by a pandemic, a presidential election and an overdue reckoning on racial justice — and a Broadway industry struggling to survive a shutdown that will extend through at least May — it seems an awkward time to be celebrating. But despite all the uncertainties, the awards have forged ahead with the announcement of the 2020 Tony nominations earlier on Thursday. Here are seven takeaways from the list.

There’s still no date for the ceremony.

Wondering when the winners will be announced? So is everybody else. No official date has been set for the 2020 Tony Awards, although sometime in early December seems the likeliest bet. There are also no details on what format the ceremony will take, or if it will get its traditional spot on the CBS broadcast schedule. When’s the deadline for Tony voters? Will the ceremony feature performance elements that production teams need to start prepping for? These are the kinds of big questions that remain unanswered.

It’s going to be hard to make this year’s awards feel like more than a rushed formality.

The lack of clarity, this late in the game, isn’t helping the impression that the awards this year are more of an obligation than a celebration. That, in turn, risks making the nominations feel like “the best we could do in a bad year” — which threatens to diminish the work of the creatives and producers on the list. Take the race for lead actress in a musical: There are only three contenders — Karen Olivo (“Moulin Rouge! The Musical”), Elizabeth Stanley (“Jagged Little Pill”) and Adrienne Warren (“Tina”) — but every one of them would be a surefire nominee in any other year, and strong competition for the award itself.

Tone will be tricky.

Whatever the ceremony looks like, it’s going to be near-impossible to strike a balance between celebration and seriousness that will please everyone. The nominations announcements offered a glimpse of that, as Tony winner James Monroe Iglehart (“Aladdin”) put on a cheerful, friendly demeanor that couldn’t help but feel a little awkward, given the circumstances.

It’s not just that Tony nominators disliked the musical “The Lightning Thief,” it’s that they seemed to go out of their way to snub the show. “Lightning Thief” was the only new musical eligible for the award for original score, but rather than skip the category entirely, nominators opted instead to fill it with the often-incidental music composed for plays likes “The Inheritance,” “Slave Play” and “The Sound Inside.” It’s hard not to read that as a mean-girls move. Ditto the lone nomination for lead actor in a musical for Aaron Tveit (“Moulin Rouge!”): His only eligible competition would have been Chris McCarrell of “Lightning Thief,” but nominators went through the formality of nominating only Tveit (who will win, assuming he gets the support of 60% of voters) in what will be a non-competition.

The design nominations underscore what a small, closed community Broadway can be.

You’ll see a lot of names come up more than once among the design nominees: Both costume designer Dede Ayite (“Slave Play,” “A Soldier’s Play”) and lighting designer Justin Townsend (“Jagged Little Pill,” “Moulin Rouge!”) are competing with themselves in the same category, while costume and set designer Clint Ramos (“Slave Play,” “The Rose Tattoo”) and set designer Derek McLane (“Moulin Rouge!,” “A Soldier’s Play”) show up in more than one category. That’s great news for those designers, of course, but it’s also an indicator of just how small the world of Broadway can be, and how often a risk-averse industry bets on untried talent, especially behind-the-scenes. As the industry struggles toward becoming more equitable and inclusive, it’s a reminder that in the future, opportunities will need to go to more than just the most established names.

It’s an open question whether records mean much in an abbreviated year, but it’s still notable: Jeremy O. Harris’ buzzy, controversial “Slave Play” walked away with an even dozen nominations. That’s a record-breaking tally for a non-musical; the previous record holder was the 2018 revival of “Angels in America,” which earned 11 nominations.

These will be the last Tony Awards for a while.

Will there be a Tony ceremony in 2021? Probably not. With the 2020-21 season effectively cancelled by the announcement that Broadway would remain dark through May, the upcoming ceremony, whatever it looks like, is going to be the last of Broadway’s awards celebrations for a long time.