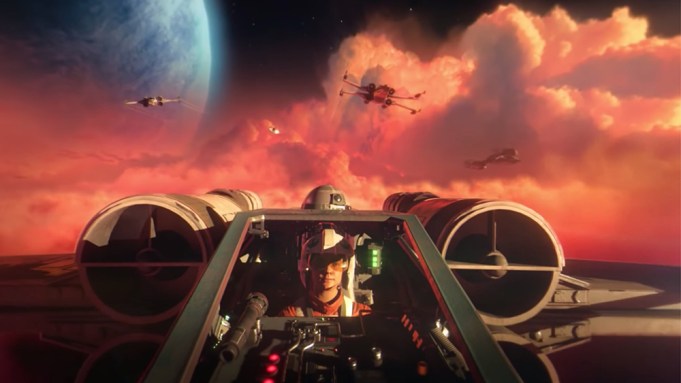 EA has officially released the trailer for “Star Wars: Squadrons,” a new video game set in a galaxy far, far away. The company announced the title and dropped the official trailer date on Friday, just hours after the upcoming video game was briefly leaked on the Xbox website.

According to a report in VentureBeat, while there will be a single-player campaign, “Squadrons” will largely revolve around multiplayer. The aerial/space combat game puts various ships in head-to-head battles — hence the “Pilots Wanted” trailer title. The idea is to get players to fight against each other in team battles featuring the famous “Star Wars” vessels. EA Motive, which worked on “Star Wars: Battlefront II,” is said to be developing the new game.

“Squadrons” marks EA’s first official “Star Wars” game to follow “Star Wars Jedi: Fallen Order,” which was a critical and commercial success. The hit game followed the journey of Cal Kestis, a former Jedi Knight and Padawan survivor of Order 66, and was a return to single-player for “Star Wars” games, which had largely taken a multiplayer approach in the years prior.

EA will release the game in the fall on PC and consoles. The company will also be holding an EA Play live virtual event on June 18, which will likely contain some reveals pertaining to its upcoming slate.