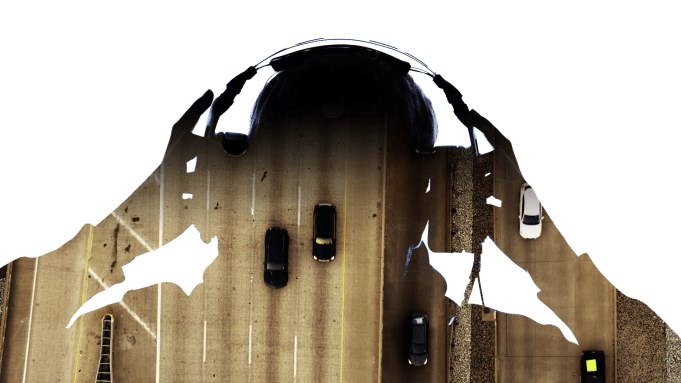 Courtesy of Call of Duty League

Even a new league comes with history.

That’s one of the takeaways from the first episode of “The Campaign,” which follows the Chicago Huntsmen in the lead-up to Activision Blizzard’s new franchised Call of Duty League. Variety is debuting the first episode exclusively, which details some of the narrative that follows the Huntsmen (based in Frisco, Texas, in the off-season) as it embarks on a new esports arena.

One of the central figures of the team is Hector “H3CZ” Rodriguez, the founder of the Huntsmen and former co-CEO of OpTic Gaming, one of the most recognizable organizations in esports. He announced that he was leaving OpTic in September 2019 after 13 years with the organization and joined NRG Esports, which owns the Huntsmen, shortly after as co-CEO.

He’ll inevitably have to face OpTic, which has one of the two Los Angeles teams, in the Call of Duty League.

“A lot of people think there’s gonna be a rivalry between us and OpTic because of the history we had,” Rodriguez says in the docuseries. “OpTic, for me, ended when we stepped away. I sold my team and I could’ve gone off and done my thing somewhere else in a different industry. I could’ve stepped away from esports and just could’ve done gaming entertainment. But that’s just not us. I wanna prove myself again and again.”

“It’s gonna be insane,” he adds. “I don’t know what to expect. I know that we’re about to get into a fight, and I’m ready for it.”

Rodriguez isn’t the only former OpTic representative on the Huntsmen. The team is led by Seth “Scump” Abner, one of the biggest stars of “Call of Duty” esports, who also left OpTic in 2019 after a tumultuous season.

He admits OpTic’s competitive troubles took a toll on his friendship with teammate Matt “Formal” Piper, who is also now on the Huntsmen.

“The OpTic dynasty and its collapse was, I’d say, a big mashing of like, egos and some people, we weren’t seeing eye-to-eye with each other,” Abner says. “We were winning for such a long span of time, and then right when we started losing, you know, the whole world just collapsed.”

“We imploded from the inside and everyone started butting heads,” he goes on. “Me and Matt, we were the two best players on the team. We fell off the tracks, and then our friendship obviously suffered because of that. We weren’t winning anymore. We both, like, hated each other for awhile. There’s friendship in this, but at the end of the day, it is a business and it is work, and you want to win.”

The episode also catches up with Peirce “Gunless” Hillman and Alec “Arcitys” Sanderson, two Huntsmen players who live together in downtown Dallas.

“We can’t wait for fans to tune in for ‘The Campaign’ and get to know the Chicago Huntsmen better,” Rodriguez said in a statement to Variety. “We have amazing stories to tell on our journey to becoming the best team in the Call of Duty League’s inaugural season. We look forward to sharing with the world how we built a new team from the ground up — with two of the best competitors in the business — and what it takes to be a Call of Duty Champion.”

“We believe in the power of great storytelling, and we know that some of our best stories will come from the perspectives of our players and teams,” adds Johanna Faries, commissioner of the Call of Duty League. “Hector and the Chicago Huntsmen opened their doors for all the anticipation, drama, and excitement they’ve experienced preparing for Launch this month in Minneapolis. It’s been a great collaboration that gives fans a rare, behind-the-scenes look into the league.”

“Great brands are built through amazing stories. We’re fortunate to be operating a league filled with talented, dynamic personalities who are willing to share their stories with our fans, which is what’ll you see in ‘The Campaign’ docuseries,” Daniel Cherry, chief marketing officer of Activision Blizzard Esports, says. “For the first time, our fans will be able to see what happens beyond the competition stage, in the real lives of some of the best esports players in the world. We hope the series will drive even deeper appreciation for some of their favorite players and drawn them into the 2020 Call of Duty League season, which starts July 24th in Minneapolis.”

“The Campaign,” shot by WhizBang Productions, will air in five parts in partnership on the Call of Duty League’s YouTube channel, where additional content from the league will be housed. The league will launch on Jan. 24 in Minneapolis, and the Huntsmen will play a home match in Chicago on April 4-5. Watch the premiere episode on YouTube below.