As Traditional Sports Grind to a Halt, Esports Offer a Way to Fill the Void 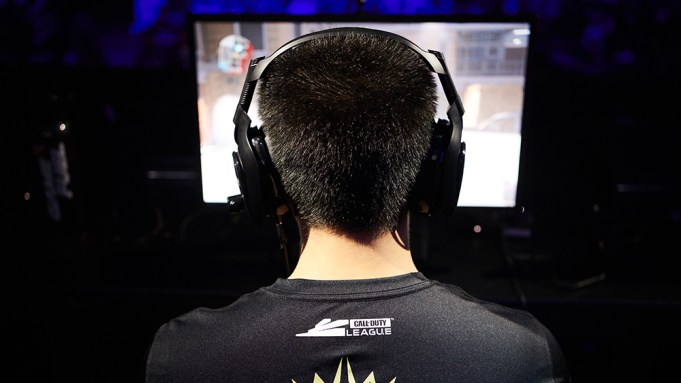 Across the globe, live sports have been suspended because of the coronavirus pandemic. The shutdown leaves inevitable gaps in programming — and sports fans looking to scratch that competitive itch have lost their favorite pastimes as they spend weeks self-isolating.

As the quarantine drags on, however, the gaming and esports scene has risen to the challenge of filling that void. The numbers speak for themselves: According to a study by Streamlabs and Stream Hatchet, in the first quarter of 2020, Twitch reached all-time highs for hours watched, hours streamed and average concurrent viewership. Twitter reported a 71% increase in conversation volume and a 38% increase in unique authors in gaming content in the second half of March. Meanwhile, Verizon has seen a 75% increase in gaming usage since quarantine went into effect.

In short, the gaming/esports industry is having a moment. With the opportunity, though, come unprecedented challenges. The organizations behind esports’ biggest leagues for games like “Overwatch,” “League of Legends,” “Counter-Strike: Global Offensive” and “Call of Duty” have shut down their live events and gone fully remote. That not only presents logistical technical challenges, but also removes the excitement of fan attendance. Still, fans of esports — and perhaps those deprived of traditional sports looking for competitive entertainment — are turning out in swelling numbers to catch the action.

Chris Greeley, commissioner of the League of Legends North America League Championship Series (LCS), tells Variety that his team tore up several contingency plans before ultimately making the tough call of going completely remote. First, they decided that Riot Games, developer of “League of Legends,” would still host the events in its studio, but without fans, press or team guests. But as organizers would find out, the rapid spread of COVID-19 would make even that untenable.

The next option they considered was having teams gather in a meeting spot, like a team facility or an office space, and send a referee to that location. “League of Legends,” Greeley notes, “is inherently a game about the disparity of information,” so not having safeguards in place could compromise the integrity of the competition. It quickly became clear, however, that doing so would place both the professionals and the refs in potential danger.

“We said, ‘All right, we can’t pivot fast enough into full remote. Let’s hit pause, catch our breath, make sure we have the capabilities to do the thing that we think we need to do, and then hopefully we can get back to play,'” Greeley recalls.

On March 13, Greeley announced that the LCS would be suspended until further notice while the league adjusted to an all-online format. The suspension didn’t last long: Within four days, the competition was back up and running, picking back up remotely on March 18.

“Our broadcast production and tech folks we have working for us are, like, absolute wizards — the things they took from the control room and were able to make fully remote,” he says. “So I think for us, we’ve tried to silver lining this as much as we can. There’s a lot of great tools that we’ve built for the future.”

Johanna Faries, commissioner of the Call of Duty League (CDL), was faced with a similar issue. Blizzard announced that its two major esports franchises, “Call of Duty” and “Overwatch,” both of which were to take a home-and-away, city-based model similar to traditional sports this season, moved to online-only as the spread of the coronavirus pandemic made it clear that live events wouldn’t be an option.

On March 12, CDL canceled all its homestand events and started preparing for a completely remote operation. This Friday, the league will return on YouTube, following the Overwatch League, which picked back up remotely on March 28.

“It’s taken an enormous amount of logistical planning, contingency planning,” she says. “We know that a shift of this nature will bring new learnings. We know there will be hiccups. It won’t be perfect. That’s just the nature of the beast. But in many ways, the time we’ve taken to plan out as much as those mitigating controls as much as we can has been worthwhile.”

“This is an opportunity to not only come back to our fans who’ve been with us for years… but also, to potentially appeal to new fans who are looking for new forms of entertainment. Maybe this is their first foray into Call of Duty League and what it stands for and what it can represent,” she says. “So we do feel that’s an opportunity.”

And it’s not just gaming companies that are taking steps to adapt to the unprecedented circumstances while still connecting with fans. Major traditional sports leagues are turning to esports as well, getting some of their biggest athletes to get behind a controller or keyboard to continue to create content. NASCAR, for instance, introduced the first-ever eNASCAR iRacing Pro Series Invitational on March 22 to get its drivers on the virtual road, which aired on Fox Sports.

Meanwhile, with the official NBA 2K League currently on hold, the NBA, game developer 2K and the National Basketball Players Association partnered to create the NBA 2K Players Tournament, which sees basketball stars like Kevin Durant, Donovan Mitchell and Trae Young going head-to-head in “NBA 2K20” — from the safety of their homes. Running April 3-11 on ESPN, the winner will select a charity to receive a $100,000 donation in support of coronavirus relief efforts.

“It’s obviously incredibly unfortunate, this situation that everyone’s in right now, and I think certainly sports fans are really hungry for this content,” says Matt Holt, the NBA’s SVP of global partnerships. “While we’re not in the position, I don’t think, to play games in an arena today, I think this is the next best thing given the circumstances that we’re in.”

While fans don’t get to see the global superstars performing on a real court, they do get to get a glimpse into their home lives, Holt notes, in addition to the friendly trash talk and banter that arises in the virtual competitions. He says it was a sprint to get the tournament off the ground, but hopes to do similar events moving forward.

The NBA 2K Players Tournament also served as one of the tentpole events for ESPN Esports Day, which saw the network airing 12 hours of esports content this past Sunday.

The challenge in programming that networks like ESPN face currently is obvious: despite the loss of much of live sports, they still need to fill a linear schedule. Esports, which have aired on ESPN networks for around the last six years, can be one way to fill those gaps. John Lasker, VP of digital programming at ESPN, called Sunday’s special lineup “a natural thing for us to do.”

“Just like anybody else and maybe even more specifically, for ESPN, we’ve lost a big chunk of what would normally be our programming schedules with live sports,” Lasker says. “And so that’s put us in a position to actually think really creatively about what we’re putting on linear television.”

In addition to the NBA 2K Players Tournament, ESPN aired everything from “Madden NFL20” events to the Season 8 Rocket League World Championship and EXP Apex Legends Pro-Am on Sunday. Altogether, it served as a mix of games that still look like traditional sports — something that might be more approachable to someone who has yet to dip their toe into the esports waters — and titles like “Apex Legends,” which don’t fit into that same category.

“My hope is that the competitive esports played through sort of traditional sports games like ‘Madden’ and ‘NBA 2K’ are an entry point for folks to appreciate not only the content, but the level of competitive quality that exists there, and then actually have more of an appreciation for some of these games that they might not be familiar with,” Lasker says.

And more esports content is on the way at the network: on Wednesday, ESPN announced that it will be airing the League of Legends Championship Series Spring Split Playoffs on ESPN2 and the ESPN app.

The possibility that esports could serve as a distraction for not only fans who are already on board, but could also lure new viewers while much of the public is stuck at home is certainly one that exists, says Darren Cox, president and CEO of Torque Esports. The company is currently running The Race All-Stars Esports Battle, which pits leading sim racers with some of the top real-life drivers of Formula 1, IndyCar and Formula E.

“There’s only so many reruns of ‘Friends’ that you can watch,” he says. “So I think that this area of esports that is providing entertainment when things like the Premier League or the NFL have stopped. We are providing a service, and it is opening people’s eyes to this amazing world that was almost hidden under this massive iceberg.”

Cox says the racing games produced by Torque have seen double the amount of players in the past six weeks, and that the quarantine could have a lasting effect on the way the public embraces gaming and esports. Those who explored gaming and esports while self-isolating, he posits, won’t stop once life presumably goes back to normal.