Nia Long on Producing Netflix’s ‘Fatal Affair,’ Reuniting with Omar Epps 20 Years After ‘In Too Deep’ 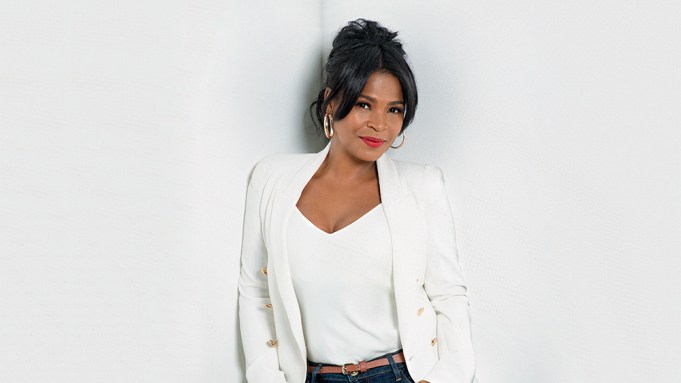 Nia Long has long been a fixture in Hollywood, but the actor is still celebrating important firsts. With her latest film, “Fatal Affair,” Long steps into a new role, serving as an executive producer for the first time and starring in her first thriller.

“I was saying to myself months prior to reading the script, ‘Wow, it’s really crazy in all of these years being in the industry, I’ve never done a thriller,’” Long tells Variety, explaining how the project landed in her lap. “So, ultimately, I decided this was a great opportunity to ask for a producer credit, to be involved in the beginning, to help with casting, to have ideas about the script and Netflix was very supportive of that.”

And the experience was as empowering as she’d hoped. “For the first time in my career I felt heard,” she says. “I felt like I was being respected for my ideas and that I was heard.”

It’s a bold and somewhat bittersweet statement — considering the fact that, in the last three decades, Long has starred in such classic film and TV productions as “Boyz N the Hood,” “Friday,” “Big Momma’s House” “The Fresh Prince of Bel-Air,” “Love Jones” and, most recently, the Apple TV plus film “The Banker.” But the actor has certainly never been a wallflower, often speaking up about her experiences as a Black woman in the industry and pushing for change. This time, it was simply more official.

“For me, it’s not about being the boss. It’s about ‘how can we elevate the material and make it better?’” Long explains.

“[As a producer,] they have to listen and I don’t have to apologize or tiptoe around it or feel like I went too far,” she says. “There’s certain things that I’m not going to back down from. I don’t love conflict but I’m not afraid of conflict, but I think out of conflict comes growth. And my intentions are not to just serve me but to serve my community. To serve other Black women, to give them something to think about, to know that when they’re feeling fired up about the same issues I’m fired up about, it’s okay. You don’t need to feel guilty about it. You don’t need to apologize about it and stand in your strength.”

In the film, which is now streaming on Netflix, Long stars as Ellie, a married attorney who shares a brief, sexually-charged encounter with a friend from college named David (played by Omar Epps), only to find that her old friend is much more dangerous than she realized.

Offscreen, Long was involved in nearly every aspect behind the scenes — from providing notes on the script to ensuring that the hair, makeup and wardrobe departments achieved the “flowing, sexy and grown” look she was after. And, when it came to casting, she also reached out to personal friends — singer and actress Estelle (who also has a song in the film) and Epps (with whom she’d costarred in 1999’s “In Too Deep”) to book them for the film.

“Omar is a household name,” Long explains. “So I feel just on the strength of his name, he brings credibility to the film based on his body of work, based on being a part of the culture creators of the ‘90s. People automatically feel a sense of like kinship to him and they trust him.”

And in her opinion, this made Epps perfect for the role of David. “He’s been doing a lot of TV lately, where he’s played doctors and very educated, put together, amazing characters,” she adds. “I just thought, ‘I want to switch it up and I want people to go into this not expecting him to be the crazy one.’”

Back in the day. 90’s babies and culture creators. We’re back @omarepps in @strongblacklead @netflix @fatalaffairnetflix July 16‼️

Working with Epps again after 20 years also presented Long with the opportunity to stroll down memory lane off-screen. Referencing a photo she posted on Instagram of the pair at the “In Too Deep” premiere, she says, “We were so young, LL [Cool J, who also starred in the film] was so young. It’s such a beautiful thing to see your friends doing well and growing and still contributing to Black art.”

Long also praised her friend for supporting her on set as a co-star and producer.

“Omar was so amazing, because he came in with his ideas and they were right in alignment with my ideas,” she says. “He’s so easy. He really has a respect and a love for Black women so you never feel like you’re dealing with this like egomaniac guy that comes to the table to prove that his ideas are the best ideas. He’s very collaborative.”

She continues. “There would be days where I would be like, ‘I’m so tired. Can you just take the lead today?’ and he’s like, ‘Yeah, I got you, I got what do you need.’ That’s the beauty of having a seasoned leading man, because they know how it works.”

And now that Long knows how life as a producer works, she has her sights set on more roles that amplify Black women’s voices, and her own.