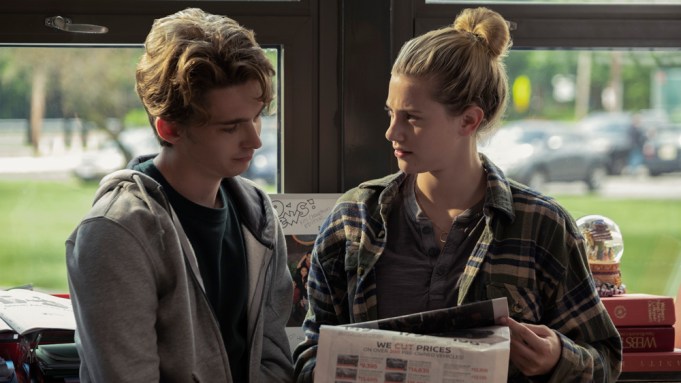 Amazon Prime Video has released the official trailer for “Chemical Hearts,” a romantic drama starring Lili Reinhart and Austin Abrams, set to premiere on the streaming service on Aug. 21.

The three-minute trailer introduces the two high schoolers, Henry Page (Abrams) and Grace Town (Reinhart), and teases the development of their romantic relationship.

“You are never more alive than when you’re a teenager,” Henry says in the trailer. “Your brain is flush with chemicals that can turn your life into a story of epic proportions, and yet, by the start of my senior year, nothing interesting had ever happened to me. Then something finally happened.”

Based on Krystal Sutherland’s novel “Our Chemical Hearts,” the coming-of-age drama follows Henry, a 17-year-old who considers himself a hopeless romantic. He’s focused on becoming the editor in chief of his high school paper and getting admitted to a good college, until Grace joins his class. He ultimately falls in love with her (his polar opposite), as they edit the school newspaper together.

Richard Tanne directed the Amazon Studios original movie from his own script. Tanne, best known for his feature film “Southside With You,” was nominated for the Bingham Ray Breakthrough Director Award at the 2019 Gotham Awards.

Producers are Page Fifty-Four’s Alex Saks (“The Florida Project,” “Book Club”) and Tanne, and the film is executive produced by Jamin O’Brien (“Eighth Grade”) and Reinhart, in her first executive producer role.