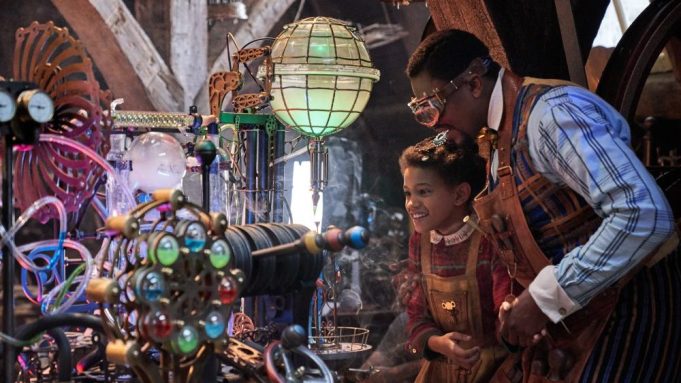 Netflix has released the full trailer for its Christmas movie, “Jingle Jangle: A Christmas Journey.” The film stars Oscar-winner Forest Whitaker, with original songs by producer and singer John Legend has written original songs for the film.

“Jingle Jangle: A Christmas Journey” is a musical adventure set in the gloriously vibrant town of Cobbleton. The film follows toymaker and inventor Jeronicus Jangle (voiced by Whitaker) who spends his days creating fanciful inventions. Keegan-Michael Key plays his trusted apprentice who steals his most prized creation. Newcomer Madalen Mills plays Jangle’s grandaughter, who discovers a long-forgotten invention and awakens the magic within for a holiday adventure.

Phylicia Rashad provides the voiceover as grandmother in the teaser as audiences get their first look into Jangle’s magical world and inventions.

The film shot in the historic British town of Norwich, transforming the cobbled streets and houses in the area into a Victorian snowy town, dressed for the holidays.

John Legend’s production company Get Lifted is behind the film. Legend has also contributed original songs for the musical film, and the brand new song, “This Day” performed by Usher and Kiana Ledé could become a contender in the Best Original Song category.

“Jingle Jangle: A Christmas Journey” will be released globally by Netflix on November 13.