A documentary revels in Natalie Wood's homespun sensual charisma, but the film is also haunted by her death, which it does little to shed light on. 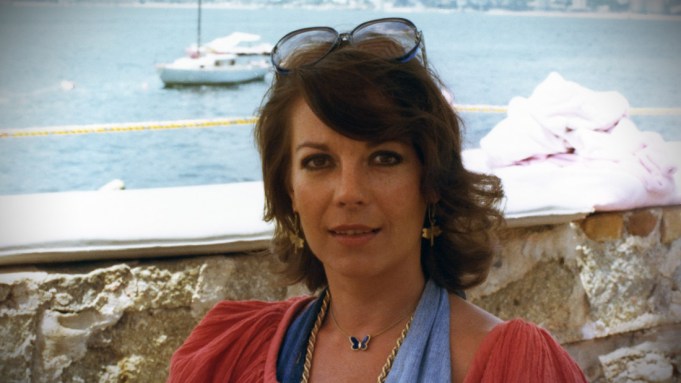 If you’re a Natalie Wood fan, there is so much to appreciate about her — her flashing eyes, the no-nonsense immediacy of her acting. But if you ask what made her special, I think it had something to do with how she fused sensuality with a kind of sun-dazed warmth. It’s tempting to compare her to Donna Reed or Doris Day: middle-class beauties who enveloped you in their wholesomeness. Yet I also think of Natalie Wood the way I think of Elizabeth Taylor or Ann-Margret — as someone who could set a scene on fire.

I first discovered her, when I was eight years old, in a late-’60s trifle called “Penelope,” in which she played a kleptomaniac who kept changing costumes and identities. I was too young to realize that the movie was a goofy piece of late-studio-system whimsical trash, but I was so captivated by Wood that she was perhaps the first performer I ever saw who struck me as the essence of movie stardom. Even in a bad comedy, she had the game elegance of Audrey Hepburn as the earthy girl next door.

“Natalie Wood: What Remains Behind” is an HBO documentary, directed with conventional flair by Laurent Bouzereau, who made it with the cooperation (and therefore, to a degree, the control) of Wood’s family members: her daughter Natasha Gregson Wagner, who’s on camera so much that she’s practically the film’s host, and Wood’s two husbands — Robert Wagner, the matinee idol she met as a child star, married in 1957, divorced when they clashed over the centrality of her career, and then remarried in 1972; and the British agent and producer Richard Gregson (who died in 2019, and is interviewed here), who she tossed out after learning that he was having an affair with her secretary. When betrayed, Wood didn’t play. According to Gregson, she threw his possessions out the window and, after changing the locks, had the police on guard for a week.

But then, that fighting spirit defined Wood from the beginning. Born in 1938, the daughter of Russian immigrants, she was recruited into Hollywood as a child star and had a wonderful plucky quality of believability in films like “Miracle on 34th Street.” Yet she was subject to all the exploitative fishbowl mind games that classic Hollywood tended to spring on its youngest stars, and in many ways she emerged as the anti-Judy Garland: a girl who knew how to stand up for herself when she got pushed around.

Unhappy with the roles she was getting, she had the moxie to challenge Jack Warner and got suspended for 18 months. But he finally gave in, allowing her to do one picture a year of her own choosing. The first was “West Side Story.” The documentary shows us a great photo of Wood from the late ’60s, seated at the head of a table surrounded by her managers and handlers, who are all men. She gazes right into the camera with the knowing poise of power.

Wood also navigated the shark-infested waters of Hollywood by choosing to date one shark after the next, not taking any of them too seriously. She dated Elvis and Frank Sinatra and (for two years) Warren Beatty, and in each case gave as good as she got.

During the shooting of “Rebel without a Cause,” when she was 16, Wood had an affair with her director, Nicholas Ray. The documentary, however, makes no mention of an even more disturbing cataclysm in young Natalie’s life: One year earlier, when she was 15, she was invited to the Chateau Marmont for an interview with a famous Hollywood star, who raped her so violently that she had to go to the hospital. The crime was hushed up, in much the same way that Harvey Weinstein covered his tracks: with threats, and a fear on the victim’s part that if she spoke up she’d never work in this town again. Yet even here, the ability to move past a violation that horrific was part of Wood’s resilience.

“Natalie Wood: What Remains Behind” is chock-full of the kind of never-before-seen candid photos and home movies that you’ll be tempted to pause the movie and gawk at. Part of Wood’s charisma is that offscreen, she was one of the most well-adjusted people in Hollywood — devoted to her children, as happy when she wasn’t working as when she was, and eager to aim high and collaborate with artists like Elia Kazan, her director on “Splendor in the Grass,” or the New Hollywood maverick Paul Mazursky, who cast her in the bold-for-its-time drama of novice California swingers, “Bob & Carol & Ted & Alice.”

Wood had her dark days; there was a point when she was so lonely between her marriages that she took a near-fatal overdose of sleeping pills during the shooting of “The Great Race,” in 1965. And, rather chillingly, her mother, after consulting a Gypsy fortune teller, instilled in Natalie a lifelong fear of “dark water.” Is that ominous or what?

Offhand, it would be hard to think of a star, apart from Natalie Wood, the mere mention of whose name reflexively conjures up the scandal-sheet story of how she died. Marilyn Monroe’s tragic death — an overdose that was basically a suicide — is sadly central to her mythology, but when I hear the name “Marilyn Monroe” I don’t automatically fixate on what her life came to at the end. The same is true of Judy Garland.

But the name Natalie Wood, fairly or not, instantly calls up the circumstances surrounding her death: the tabloid story that refuses to die. When her body was discovered on Nov. 29, 1981, off the coast of Catalina Island, had she drowned accidentally, as the official police and coroner’s reports have always maintained? Or was her husband, Robert Wagner, somehow involved in her death in a way that the tabloid media have speculated on for 40 years?

The mystery hovers over the documentary, but when the movie finally gets around to exploring what happened (or might have happened), “Natalie Wood: What Remains Behind” is not the definitive, investigative, leave-no-stone-unturned-and-set-the-record-straight chronicle that you’d want, and expect, from HBO. The film’s presentation of the tragedy is perfectly straightforward (and not necessarily wrong), but it leaves you with the same nagging questions that have haunted this case forever.

Wagner, now 89, is interviewed throughout the film, and he speaks in soft caressing tones of his relationship with Wood, and in tones of soft regret for what happened at the end. He maintains, once again, that during that fateful weekend yacht outing, on which he and Natalie had invited Christopher Walken, Wood’s friend and costar from the film “Brainstorm” (which they were in the middle of shooting), Wagner himself had gone to bed early, and when he got up to find Natalie she was gone.

He acknowledges that the two had quarreled earlier in the evening, which is hardly incriminating. But in the documentary, he also tries to explain away tension between himself and Walken — and does so by recounting an exchange the two had about Wood’s career, in which Walken said he thought Wood should be working more, a suggestion Wagner balked at. Wagner felt that Walken needed to mind his own business. But then Wagner says something that surprises us: During the argument with Walken, he got so annoyed that he smashed a wine bottle on the table.

That’s a confession of major anger, one that can’t help but give us pause. The film then mentions the fact that the case was reopened, in 2011, after Dennis Davern, the yacht’s captain, said he’d originally lied to the police; the new scenario he presented claimed that Wagner was responsible for Wood’s death. The law has rejected that scenario, with Wagner, in 2018, having been named as a “person of interest” in the case. Which is not the same thing as a suspect. But the 2011 developments raised more doubts about the basic question of what had happened, and the documentary, in not interviewing Dennis Davern (or exploring his version of the events), leaves the audience hanging.

All of this can seem tasteless and macabre. Yet I think one of the reasons that Natalie Wood’s death still haunts us — and that we almost need a conspiracy to explain it — is that on screen, though perhaps not quite a great actress, she was always such a life force. She made you feel something, because her own feelings were so vivid. She was the movie star as open book, with her own saucy splendor.