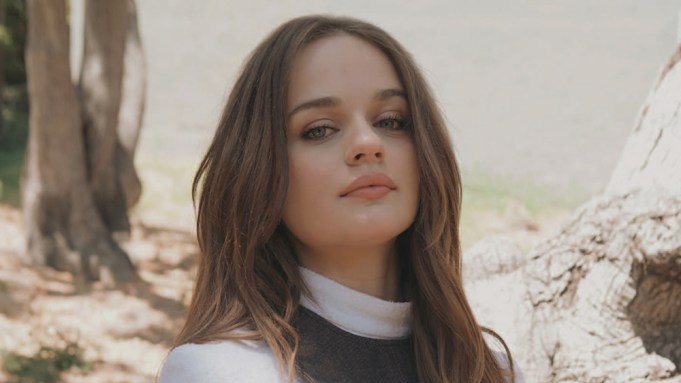 Joey King has been a working actor since she was 7, but the 20-year-old’s career took a major upswing last year when her performance opposite Patricia Arquette in Hulu’s drama “The Act” earned her Emmy, Golden Globe and SAG Award nominations.

“After that, I signed a first-look deal with Hulu, which was very exciting for me,” King says on Thursday’s episode of the Variety and iHeart podcast The Big Ticket from her Los Angeles home, where she’s been bingeing “Floor Is Lava” and “Say I Do” on Netflix during quarantine. “I’ve been able to be a little bit more picky, which I’m super appreciative of because actors oftentimes don’t get the opportunity to work on the projects they really want to work on. They’re just trying to make sure that they keep working.”

Ten months before “The Act” premiered in 2019, King also became a certified YA rom-com star in Netflix’s “The Kissing Booth,” in which she plays Elle, a high schooler who is secretly dating her best friend’s older brother, Noah (Jacob Elordi). The sequel, “The Kissing Booth 2,” finds Elle in a love triangle between the new guy at school, Marco (Taylor Zakhar Perez), and Noah, a Harvard freshman. It debuts July 24 on Netflix.

“I love the first movie, but [the sequel] is better than the first,” King says. “I know that’s crazy to say about a sequel, because that’s not often what you hear, but it’s true.”

When you signed up for the first movie, did you also sign for the sequel?

The first movie was this beautiful surprise. It was in Netflix’s independent department, and they weren’t expecting too much out of it. They were like, “Make this, have fun, and give us a movie afterwards.” When the first trailer was released and it started tracking so well, we were like, “What’s happening?” We only signed on for one, but then the fan reaction was incredible. When they asked us to do the second, it was a no-brainer.

Does it feel strange to be in a movie like this during the pandemic? It’s weird watching the kissing-booth scene.

Why do you think “Kissing Booth” resonated so much?

I think that people were kind of craving that classic John Hughes feel-good movie, and there hasn’t been a lot of that. When “The Kissing Booth” came out, it just ticked all those boxes of that feel-good summery vibe. Our characters, the way they were written, they talk like real people. My character Elle, she’s not the outcast or the popular girl. She’s just a girl that goes to school, and has some friends, has a best friend. I think what resonates so much about her is that she’s just your every girl.

“The Kissing Booth” wasn’t critics’ favorite movie in the world. Is there a disconnect between what viewers want and what critics think are good movies?

I understand that critics weren’t all over this movie, but that’s the thing — it’s not meant for critics to be like, “Wow, what a movie!” It’s meant for people to watch and have a great time. I’m thankful that I got to do “The Act,” where critics were like, “Oh, that’s awesome.” But also not everything you do has to have critical acclaim. It doesn’t mean it’s not successful. And it doesn’t mean it’s not one of my favorite projects I’ve worked on. The fan reaction to it is all the criticism I need as far as just the way it fills my heart.

Are you more team Noah or team Marco?

Oh, that is such a good question. I don’t want to say what team I’m on, but I just keep dropping hints every now and then on my Instagram, and little Easter eggs in my interviews. I am so excited for those hashtags to be thrown around when the movie comes out. It’s kind of like that Edward-and-Jacob thing in “Twilight.”

Were you team Jacob or team Edward?

I was team Edward. I always was like, “Robert Pattinson — oh, my God.”

The more it’s normalized on camera, the more I think that people in actual schools will be more open and accepting. I just hope that our movie does inspire people in that way.