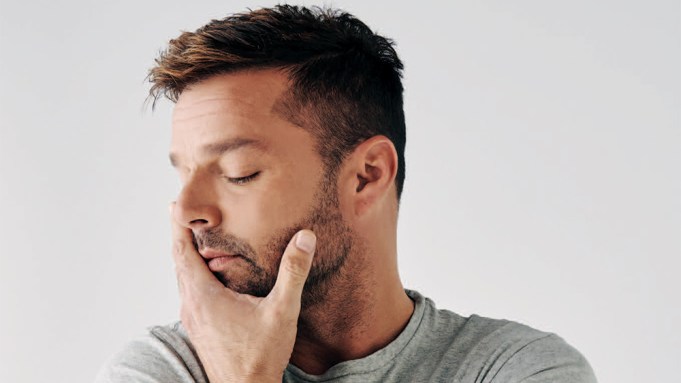 Ricky Martin has been real busy during the pandemic. Not only does he have Netflix’s upcoming holiday musical film “Jingle Jangle: A Christmas Journey” on tap, but he also started the Martin Music Lab.

The company’s inaugural endeavor is Orbital Audio — immersive audio technology that turns any pair of headphones into a surround-sound experience. “When the lockdown started, I told my team, ‘Listen, we have to create something that is of impact. Let’s create something that will heal people. I don’t know what this is. I have no idea if it’s a vitamin we are going to invent. I don’t know if it’s a new kind of food. But let’s be open,’” Martin, 48, says on Wednesday’s episode of the Variety and iHeart podcast “The Big Ticket.”

The first album to incorporate Orbital Audio was, no surprise, Martin’s latest EP, “Pausa,” which heads into the upcoming Latin Grammy Awards with four nominations.

In “Jingle Jangle,” Martin is the voice of Don Juan Diego, a villainous toy that causes the downfall of the world’s greatest inventor (played by Forest Whitaker) when he convinces the inventor’s protégé (Keegan-Michael Key) to betray him. The period film, written and directed by David E. Talbert and co-produced by his wife, Lyn Sisson-Talbert, premieres Nov. 13.

“How could I say no to a project like this?” Martin says. “You don’t have to be Christian to enjoy this film. Anyone can relate. It’s for kids, but my mother I’m sure is going to get teary eyes when she sees this movie. It’s very powerful.”

How have you been holding up during the pandemic?

The beginning was a mess because I was super anxious. They were telling us no more performing. But now I see the light at the end of the tunnel, and I don’t see a train coming at me.

“Jingle Jangle” isn’t like other holiday movies. This is a period musical with a Black family at the center of the story.

Was Don Juan Diego inspired by anyone?

This was a green light to be whoever you want to be and be vicious and Machiavellian and be mean. I was running the lines in my house, and my kids would be like, “That’s not evil.” And I would say, “Because you’re looking at me and I’m still your father.” And they were like, “Yes, but you need to try harder and to be meaner.” It took me seven, eight weeks to polish this character because is Don Juan Diego Castilian? Is he Colombian? Is he Mexican? We played with all the accents. We had to keep it very neutral. I hope this is the first movie of Don Juan Diego. Did I just say that?

You don’t act very often. Do you want to do more?

I want to act. The first time I was in front of a camera as an actor, I was 15 years old and I was bitten by the bug immediately. I said, “I’m not going to sing ever again. I’m going to move to New York and go to Tisch School of the Arts, and I’m going to be an actor.” I was accepted, and then I went to Mexico on vacation, and they gave me a role in this musical play, and I never went back to New York. I stayed in Mexico, and it was evident that music needed to be a part of my life. I have mad respect for actors. I have mad respect for the career. I am learning. I am studying. I have professors with me. I am selective because it’s not something to be prostituted.

With Orbital Audio, can you go back to your previous work and just remix it with the new technology, or do you have to record new tracks from scratch?

I can go back to my classics and just do it. My engineer is like, “Just give me ‘Livin’ la Vida Loca.’ I’ve been dying to mix that song.”

And it’s not just for music.

Orbital Audio pushed me to do wellness apps where we can create guided meditation forums. We can bring tranquility to people where we have Tibetan monks or Gregorian chants singing around your brain. We are going to be talking to the medical field to see if there is something here for Alzheimer’s or for depression or anxiety. I know with the anxiety I have been feeling in this lockdown, Orbital Audio always helps me.

This interview has been edited and condensed. Listen to the full interview above. You can also find “The Big Ticket” at iHeartRadio or wherever you listen to your favorite podcasts.