Listen: Charlize Theron on ‘The Old Guard,’ Diversity and Paving Her Own Way 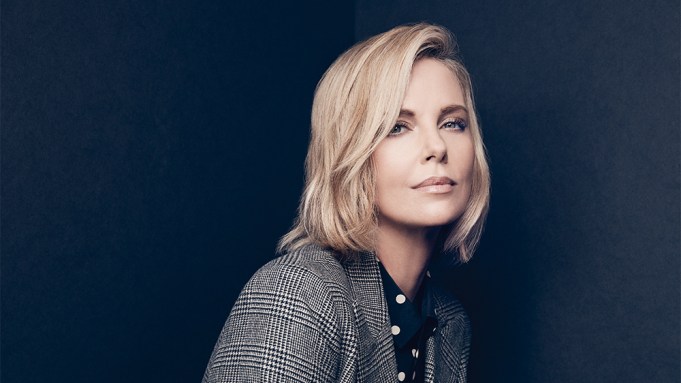 One would assume that the powers that be at Disney and Marvel have approached Charlize Theron about joining the MCU.

But no, Theron says, she hasn’t heard a peep. “I swear to God. I’ve never gotten anything,” the Oscar winner says during an appearance on Wednesday’s episode of the Variety and iHeart podcast “The Big Ticket.” “No, I’m not lying to you. But that’s okay. You know what? I am paving my own way. I’m creating my own opportunities. So it’s alright.”

She certainly has been paving her own way. Just look at her latest Netflix film, “The Old Guard.” In other hands, it could have been reduced to another action movie added to the pile of graphic novels adapted for the screen that go nowhere.

Instead, “The Old Guard,” an adaptation of screenwriter Greg Rucka’s comic book of the same name and directed by Gina Prince-Bythewood, has action, as well as diverse casting and storytelling.

Theron plays Andy, the leader of a small army of superhero-esque immortals (Kiki Layne, Matthias Schoenaerts, Marwan Kenzari and Luca Marinelli) whose centuries-old secret existence is threatened by a villainous pharmaceutical titan who wants to replicate their DNA.

Theron was first sent the novel while shooting “Bombshell.” “I opened it up, and I read like four pages of it and I was like, ‘Whoa, this is really interesting,’” Theron recalls. “There was something about the graphic novel that made me feel like, I don’t know, we were actively looking for something in the sci-fi world, but obviously something that felt like the stuff that we like. Grounded, real, emotional stuff. And the story had a real emotional story behind it that I think we all really responded to. And that’s really where it started, from that graphic novel, and then we got involved in the development.”

Layne (“If Beale Street Could Talk”) plays a Marine who discovers she’s immortal after surviving a fatal knife attack by a terrorist. “When you meet her in person, there’s something about her physical stature that’s unbelievable. It’s undeniable. She’s formidable,” Theron gushes. “It’s shocking to me that she’s never done any sports or any kind of active thing with her body. I couldn’t believe it. I remember being in the gym with her, and I was like, ‘So, did you play soccer? Were you an athlete? Did you box?’ And she was like, ‘No, I’ve never done anything.’ I couldn’t believe it, because everything about her body says differently. And then also, she has that mind. She has that attitude of a warrior.”

And then there’s Joe (Kenzari) and Nicky (Marinelli), a gay couple who first met during — get ready for it — the Crusades. And they’re not token LGBTQ characters or so ambiguous that audiences are left scratching their heads about what they may or may not be.

In one of the movie’s most emotional scenes, Joe professes his love for Nicky. “When we read it, it was incredibly moving,” Theron says. “And I remember some people going, ‘Yeah, but can we pull this off? I was like, ‘Yes, we can do this.’ And then we screen-tested Marwan and Luca together to see how their chemistry would be, and that was the first time we heard an actor actually say those words out loud, to all of us, it felt like one of those moments where you just went, ‘Wow, okay. This is new. I have not seen a lot of this.’”

In an ideal world, Theron says, that initial hesitation would not have happened. “It’s sad when you think about it,” she says. “We do worry so much about those moments because we tend to worry more and try to make the audience feel more comfortable when it really should be the other way around. We should really be telling these stories, just in complete honesty and have the world catch up. Like, get with it. Jump on the bus because it’s leaving.”

Increasing diversity and supporting inclusion in Hollywood is not just smart business for Theron — it’s also personal. “I want more representation, just selfishly, for my own girls. I want that for the world as well, but of course, it starts with the fact that I’m a mom to two small Black girls, and I want them to grow up in a world where they see themselves, where there is an awareness that they can be whomever they want to be because they see it,” she says. “And that’s not just in cinema, that’s in life, too. I want to surround them in a world where they feel they belong and they can shine and they can live to their full potential.”

As for the recent flood of statements from studios and media companies promising to do better in the wake of the Black Lives Matter movement, Theron is putting them on notice to fulfill their promises. If not, she says, “I think call them out, and I think we’re at a place now where we feel brave enough to do that. … If we have to involve some shaming, then that’s what we have to do. If we are silent, even if we’re not the ones not making the right decisions, and we are silent, we are just as culpable, and we have to use our voices. And if we know of situations where we know people are not fully doing the potential that they have to reimagine this world that we’re talking about, and they’re not actively and proactively doing that, then we have to call them out on it. That is our responsibility.”

Hear the full interview with Theron above. You can also listen to “The Big Ticket” at iHeartRadio or wherever you download you favorite podcasts.