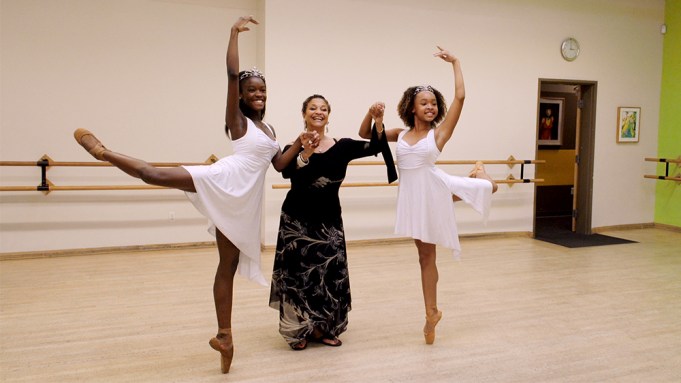 To say Debbie Allen is a legendary figure in entertainment would likely be an understatement. Over her nearly 50-year professional career as a dancer, choreographer, actor, director and more, she has firmly established herself as a force to be reckoned with and an inspirational figure for young people of color wishing to follow in her footsteps – both in and out of dance shoes.

Netflix’s “Dance Dreams: Hot Chocolate Nutcracker,” produced by Shonda Rhimes’ Shondaland, shines the spotlight on the next generation of Black and brown dancers at the Debbie Allen Dance Academy, where Allen first met Rhimes as a dance parent before partnering on “Grey’s Anatomy.”

“When we put this footage together and shared with Shonda, she called and said, ‘Debbie, I have to have this,’ and that was it,” Allen tells Variety. “I can’t say enough about Shonda, who took director Oliver Bokelberg’s work, shaped it at Netflix and has been so supportive in promoting it, loving it and giving it to the world. It’s been like a Christmas present.”

Allen says that having the film, which chronicles the behind-the-scenes of her annual “Hot Chocolate Nutcracker” stage show, has been a wonderful respite for her students, whose curriculum has been interrupted by the pandemic. Since the pandemic struck, Allen and DADA have pivoted to offering virtual dance classes (briefly re-opening for socially distanced and masked lessons before COVID cases spiked) and ultimately was not able to produce the show (which also serves as a fundraising benefit) this year. Instead, DADA host the “Lights Up” drive-in gala in November, celebrating the studio’s 20th anniversary, at the Rose Bowl in Los Angeles.

“My kids are so excited that they see themselves up on that big screen. Netflix is huge, so it’s quite way to kick off a celebratory holiday season,” Allen says.

And by presenting Allen’s diverse array of students on a global stage, the film also gives extra visibility to the Black and brown students within the Debbie Allen Dance Academy’s ranks, hopefully inspiring those that view that doc to believe they could one day join dance world too.

“Debbie Allen’s had a huge influence on me, my entire life,” Rhimes said in her message. “And it became this very surreal, very amazing thing to actually meet her, and then suddenly to be working with her. To have her be somebody directing my shows and being one of the characters in my shows and just being an incredible force in my life. Somebody who I’ve known for such a long time, who’s so amazing, and creative, and passionate about her work. … . If there’s something to be done, Debbie’s done it. She’s just such an extraordinary person and I’m really proud to know her.”

Because Allen reflects on her dance journey throughout the film, Variety asked the legendary entertainer to share her three favorite dance docs.

“Norma Miller — who at 15 years old was the queen of the Savoy Ballroom — came to DADA for years, taught the kids and made us understand what jazz really was.”

“I found that film [about Russian prima ballerina Maya Plisetskaya] quite informative to me as a dancer. She’s inarguably one of the greatest ballerinas ever. What I loved about her was that she was always very womanly; she wasn’t skinny-skinny. She looked beautiful and had a great figure.”

Allen appears in the doc and is billed as an exec. producer, but insists that she just helped the film get the attention she says it deserves:  “It’s just great to see Gregory Hines and experience the history of him and his brother, Maurice.”