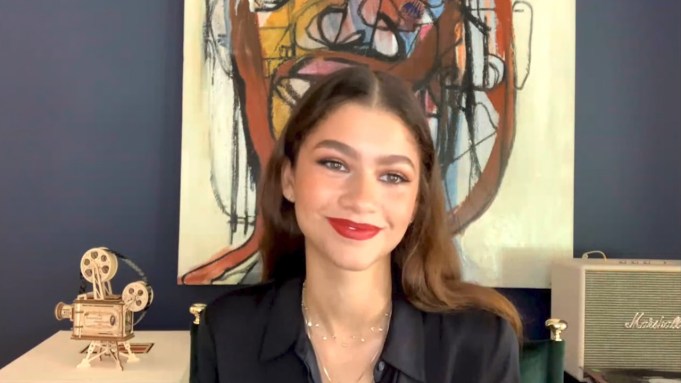 In the last few years, Zendaya has soared in her career, making the jump from the Disney Channel to starring in HBO’s “Euphoria” and big-screen blockbusters such as “The Greatest Showman.” But one of her first post-Disney roles was as MJ in 2017’s “Spider-Man: Homecoming” and its 2019 sequel “Spider-Man: Far From Home.”

In an interview for Variety’s Actors on Actors issue, “Pose” actor Mj Rodriguez asked Zendaya about putting her own spin on the Marvel heroine.

“I was lucky because they already kind of wanted to re-create the character and turn her into a new version of what I think maybe the original Mary Jane character represented, and just do it in our own way in this Marvel Cinematic Universe,” Zendaya said. “I kind of came into it and there was already on the page a smart, quick, sharp young girl who comes off a bit quirky or offbeat. I have a lot of fun doing it. I like being able to do comedy and things that aren’t so heavy.”

In the second film, MJ’s role expands. “We got to travel so much for that last movie,” Zendaya said. “I spent most of my time in London, and when you wake up at three in the morning, I’m literally running outside the Tower of London before it opens. I get to run from these killer drones that nobody can see, because they’re not there yet.

“It’s massive,” Zendaya continued. “It’s very different from ‘Euphoria,’ where it’s close and you have more time. Whereas on something like ‘Spider-Man,’ it’s such a huge thing. And there’s so many secrets, and half of the script you can’t even read because there’s too many spoilers for, at the time, [Avengers] ‘Endgame’ and all these other things. It’s like, you don’t really know what you’re doing. It’s just so big that you’re like, ‘I’m just going to figure it out as I go.'”

As for her stunts, Zendaya attempted to fly with Peter Parker. “And me swinging around, we did a real swing, but they didn’t end up using it,” Zendaya said. “We ended up really just being carried maybe two feet off the ground.”

For more from Variety’s conversation with Zendaya and Rodriguez, read our full story here.