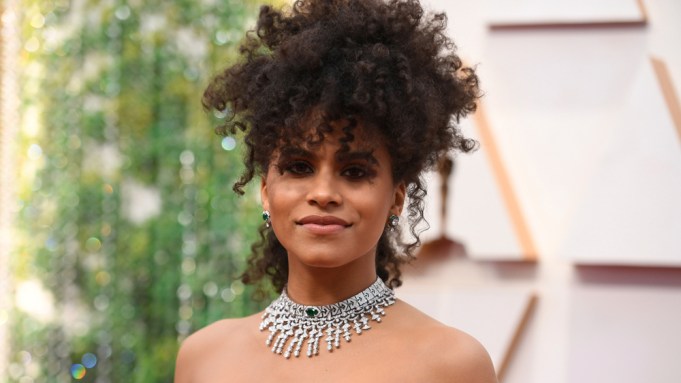 Joey King, Aaron Taylor-Johnson, Brian Tyree Henry and Andrew Koji are also boarding the pic. “Hobbs & Shaw” helmer David Leitch is directing with Kelly McCormick producing through 87North and Antoine Fuqua through Fuqua Films. Zak Olkewicz wrote the script, based on the Japanese novel “Maria Beetle” by best-selling author Kotaro Isaka. The book centers on a group of hitmen and assassins with conflicting motives on a train in Tokyo.

Pitt boarded the project in early July. He had been weighing his options since winning his first acting Oscar for Quentin Tarantino’s “Once Upon a Time in Hollywood” for playing stuntman Cliff Booth. Pitt is also attached to co-star with Emma Stone in Damien Chazelle’s movie “Babylon,” which moved back the start of production to 2021, creating an opening in his schedule for “Bullet Train.” Brittany Morrissey is the executive overseeing the project for Sony Pictures.

Beetz is currently filming Jeymes Samuel’s “The Harder They Fall.” Her most recent film, “Nine Days,” premiered at Sundance. Her other movie credits include “The Joker,” opposite Joaquin Phoenix; Noah Hawley’s “Lucy in the Sky” for Searchlight with Natalie Portman; “Wounds” opposite Armie Hammer; and Steven Soderbergh’s “High Flying Bird” with Andre Holland. Beetz was nominated for an Emmy Award for her role in Donald Glover’s “Atlanta.” She played the character Domino opposite Ryan Reynolds in “Deadpool 2.”

She is repped by CAA, Management 360, and Sloane, Offer, Weber & Dern. The news was first reported by Deadline Hollywood.