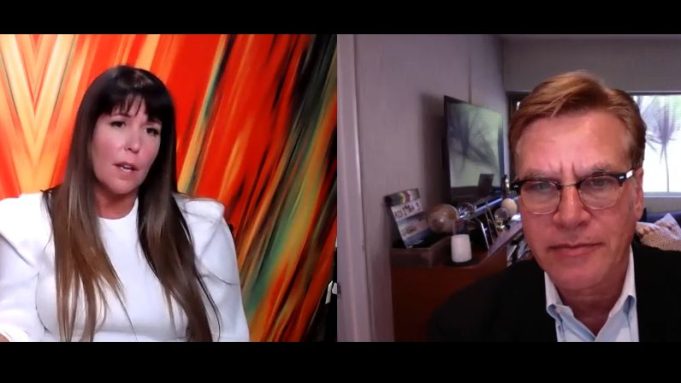 “Wonder Woman 1984” and “The Trial of the Chicago 7” both made headlines this year when their respective studios, Warner Bros. and Paramount, chose to circumvent the pandemic by shifting the titles from a theatrical to a streaming-centric release. In the case of “WW84,” Warner Bros. chose a day-and-date release on HBO Max and in theaters on Dec. 25. For “Chicago 7,” Paramount sold the film outright to Netflix, which opened the film in limited release in theaters in late September, and on the streamer weeks later in mid-October.

In a wide-ranging conversation for Variety‘s upcoming Virtual FYC Fest, “WW84” director Patty Jenkins and “Chicago 7” director Aaron Sorkin both conveyed their relief that audiences nationwide are getting to see their films safely and in a timely fashion. But they also expressed significant skepticism that the industry-wide pivot to streaming — including the recent contentious decision by Warner Bros. to release its entire 2021 slate of films on HBO Max on the same day they debut in theaters — marks the death knell of the theatrical experience. Jenkins even suggested that top-tier talent could start tipping the scales in the other direction.

“We’re all scared that everything’s going to change now,” Sorkin said to Jenkins. “That movie theaters are basically going to become, like, art houses, and that the films that you and I make will only be seen on streaming services.”

Jenkins agreed, noting that the death of moviegoing has been foretold since the advent of television in the 1950s. But with so many media companies now aggressively placing streaming at the center of their business — WarnerMedia with HBO Max, Disney with Disney Plus and Hulu, Comcast with Peacock, ViacomCBS with Paramount Plus and PlutoTV, not to mention Apple TV Plus, Amazon Prime Video, and, of course, Netflix — Jenkins also believes the industry is missing a considerable economic opportunity.

When Warner Bros. proposed releasing “Wonder Woman 1984” day-and-date on HBO Max and in theaters, Jenkins said the unique conditions of the COVID-19 pandemic essentially forced her to prioritize her desire for “communion with an audience” over all other considerations. To make up for the loss in expected box office-related bonuses, Warner Bros. also reportedly paid Jenkins and star Gal Gadot each $10 million. But in her conversation with Sorkin, Jenkins suggested that A-list directors and actors who value the audience experience above all will start seeking out studios that buck the streaming trend, especially as the pandemic subsides.

“When every single studio in town starts chasing the exact same thing, you’re like, Why doesn’t someone differentiate themselves?” Jenkins said. “In this case, I think what’s going to happen is … some studio is going to be smart enough to be an outlier, and all the great filmmakers in town are going to go there, and the theaters are going to favor their movies. Because right now, if there are studios that announce that [releasing day-and-date on streaming] is what they’re going to start doing, every filmmaker’s going to head to the studio that promises they’re not going to.”

“It’s not going to be that easy,” she said of the shift to streaming. “I think there’s a sentiment right now that change is coming and there’s nothing you can do about it, and I think that doesn’t take into consideration the artists who can very much United Artists-it up and make a big change.”

“I hope that you are at the forefront of those United Artists,” Sorkin said.

Jenkins laughed. “Believe me, it’s in my mind.”

The full conversation with Jenkins and Sorkin will run as part of Variety‘s Virtual FYC Fest, from Dec. 15–17.