‘Wonder Woman 3’ in the Works With Director Patty Jenkins 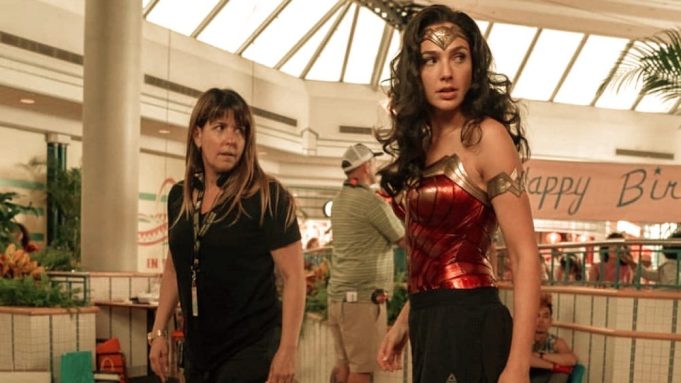 Diana Prince is officially heading back to the big screen for a third “Wonder Woman” movie. Warner Bros. has fast-tracked development on another installment in the DC Comics franchise, with Gal Gadot returning to star as the title heroine and Patty Jenkins back to write and direct the concluding entry in the superhero trilogy.

The announcement comes on the heels of the release of “Wonder Woman 1984,” the studio’s superhero sequel that debuted on the company’s streaming service and in select movie theaters on Christmas Day.

“As fans around the world continue to embrace Diana Prince, driving the strong opening weekend performance of ‘Wonder Woman 1984,’ we are excited to be able to continue her story with our real life Wonder Women — Gal and Patty — who will return to conclude the long-planned theatrical trilogy,” said Warner Bros. chief Toby Emmerich.

Though many opted to watch “Wonder Woman 1984” at home, the film still generated surprisingly robust ticket sales — at least for pandemic times. “Wonder Woman 1984” collected $16.7 million from 2,100 North American theaters, the best opening weekend to date in the coronavirus era. In terms of HBO Max viewers, the studio said nearly half of the platform’s retail subscribers watched the film on Friday, with millions more viewing through cable or wireless access. HBO Max, which launched in May, had 12.6 million active users as of early December.

“‘Wonder Woman 1984’ broke records and exceeded our expectations across all of our key viewing and subscriber metrics in its first 24 hours on the service, and the interest and momentum we’re seeing indicates this will likely continue well beyond the weekend,” said Andy Forssell, head of WarnerMedia’s direct-to-consumer business. “During these very difficult times, it was nice to give families the option of enjoying this uplifting film at home, where theater viewing wasn’t an option.”

Nothing is known yet about the final chapter in the “Wonder Woman” trilogy. The sequel, which had been delayed numerous times amid the pandemic, starred Kristen Wiig as the villainous Cheetah, Pedro Pascal as the over-the-top businessman Max Lord and Chris Pine as Diana’s love interest, Steve Trevor.

The production timeline for “Wonder Woman 3” is also unclear. Gadot and Jenkins have “Cleopatra” in development at Paramount. The historical drama centers on the legendary queen of Egypt.

Gadot’s Wonder Woman will be seen next in Zack Snyder’s four-part cut of “Justice League,” due on HBO Max in 2021.

Jenkins is also set to direct a new “Star Wars” movie, titled “Rogue Squadron.” The film, slated for Christmas 2023, will follow pilots in a galaxy far, far away.