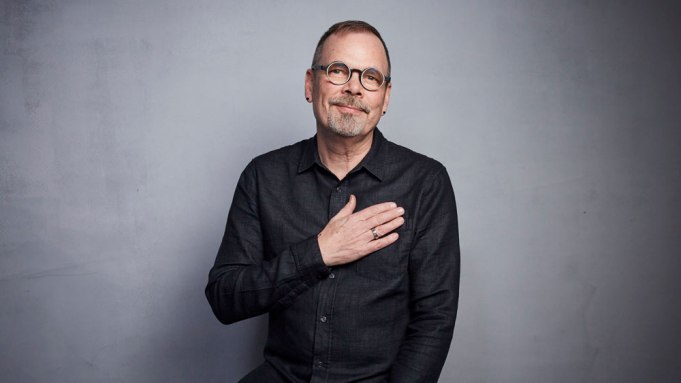 David France, the director of “Welcome to Chechnya,” can’t say for sure that his documentary played a role in pushing the U.S. government to place sanctions on the country’s leader, but it certainly looks that way.

The film, about the Chechen government’s sanctioned arrests and torture of LGBTQ people in the autonomous Russian region, premiered less than a month ago on HBO. And just last week, on July 17, there was a virtual screening and Q&A hosted by the Canadian embassy in Washington, D.C., in partnership with the Congressional LGBTQ+ Equality Caucus, Freedom House, the Human Rights Campaign Fund and the Rainbow Railroad.

“I was surprised because this issue has been alive for three years, and this administration has been silent about it,” France told Variety on Wednesday. “I know the film has brought the subject and conversations into the news cycle.”

“Welcome to Chechnya” highlights several Russian activists who have been helping LGBTQ Chechens flee to a safe house in Moscow in order to seek political asylum in other countries. The film had its world premiere at the Sundance Film Festival in February.

“The film has been a very effective tool in bringing people back to the table and getting attention on the ongoing nature of this problem and the increasing peril for the people on the ground there in Chechnya because of the dead silence from Washington and elsewhere on the subject,” France said. “The pandemic has also made is so much more complicated for them as well as the activists in Russia who have been doing this heroic work.”

Kadyrov has repeatedly denied he has ordered the persecution of LGBTQ Chechens, but he has also claimed that there are no LGBTQ people in Chechnya. “He has said if there were gay people there, it would be their family members who would kill them and that would be expected and fine,” France said.

In announcing the sanctions, U.S. Secretary of State Mike Pompeo said in a statement on July 20, “The Department has extensive credible information that Kadyrov is responsible for numerous gross violations of human rights dating back more than a decade, including torture and extrajudicial killings.”

The statement also said, “In 2018, the United States and 15 other nations took the extraordinary step of invoking the [Organization for Security and Co-Operation in Europe’s] Moscow Mechanism to create a fact-finding mission into horrific reports of abuses against LGBTI persons, human rights defenders, members of the independent media, and other citizens who ran afoul of Mr. Kadyrov. The Moscow Mechanism rapporteur found that ‘harassment and persecution, arbitrary or unlawful arrests or detentions, torture, enforced disappearances, and extrajudicial executions’ had taken place and that ‘a climate of impunity’ surrounded these events. We are concerned that Mr. Kadyrov is now using the excuse of the coronavirus pandemic to inflict further human rights abuses on the people of the Chechen Republic.”

Kadyrov’s wife and daughters were also sanctioned and are banned from entering the United States. “We will encourage like-minded countries to take similar measures,” Pompeo said.

France believes the sanctions could have an impact in helping secure the safety of LGBTQ Chechens. “Hopefully, it will bring other governments to demand more accountability,” he said. “Currently, it’s mostly within the EU that we’re seeing demands of accountability around the ongoing pogrom there. This amplifies their voice and opens the door for other world leaders to step up. It’s an important step, but it’s just a first step.”

At the same time, Pompeo’s actions do not seem to align with the Trump administration’s continual work to roll back rights that protect the LGBTQ community in the U.S. “They are playing a really interesting game around queer stuff,” France said. “I don’t really understand it.”