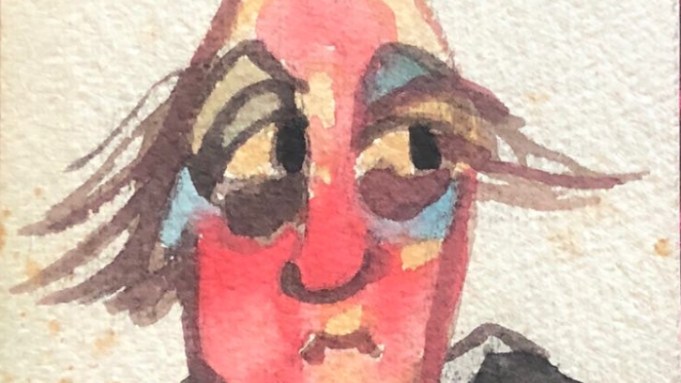 The project, now in post, is directed by Anselma Dell’Olio whose “Marco Ferreri: Dangerous but Necessary,” about eclectic Italian auteur Marco Ferreri, went to Venice and won Italy’s David di Donatello award for best doc in 2018.

Dell’Olio, who is Rome-based but U.S.-born, developed a rapport with Fellini during the 1980s working with the maestro on subtitles for his “Ginger and Fred.”

“Fellini of the Spirits” covers uncharted ground, she says, delving into Fellini’s fascination with spirituality, religion, esoterica and astrology that stemmed initially from his encounter with Jungian psychoanalyst Ernst Bernhard who “had a huge influence” on him.

The title takes its cue from Fellini’s 1965 film “Juliet of the Spirits,” his first work in color in which visions, memories and mysticism help a woman in her 40s, played by his wife Giulietta Masina, find the strength to dump her husband who is betraying her.

“Juliet of the Spirits” is commented on in the doc by Chazelle who talks about Fellini’s “deeply personal” and “cathartic” connection with the film’s “raw and personal material” and also more in general about the “emotional truth” in Fellini’s films.

The doc will draw on plenty of unseen materials from the archives of pubcaster Rai and state film entity Istituto Luce, in addition to film clips, to reconstruct and depict Fellini’s rapport with the spiritual and the supernatural.

Dell’Olio said that in doing research for “Juliet of the Spirits,” which segued from “8 1/2,” Fellini met Italian aristocrat Gustavo Adolfo Rol, “who was an anthology of paranormal phenomena” and who, like Bernhard, became a major influence.

Fellini “did (spiritual) seances for a long time,” Dell’Olio said. He was also interested in the I Ching, the ancient Chinese “Book of Changes.” “We would be at his office at Cinecittà and he would pick up the I-Ching sometimes; just open it, even without throwing the coins,” she recalled.

Neapolitan production company Mad Entertainment (“Cinderella the Cat”) is co-producing “Fellini of the Spirits” with Rai Cinema, Arte and Belgium’s Walking the Dog. Rai Com has taken international sales. The doc will be released theatrically in Italy by event release specialist Nexo Digital.

Mad Entertainment, which is Italy’s top indie animation studio, is providing the doc with animation inserts.

“Fellini of the Spirits” is expected to soon surface on the festival circuit in tandem with this year’s centennial of the auteur’s birth, which took place on Jan. 20, 1920, in Rimini, Italy,

Besides Chazelle and Friedkin, the doc also features interviews with Terry Gilliam and Fellini’s collaborators Fiammetta Profili and Filippo Ascione, with his close friend journalist Sergio Zavoli and Italian scholars Andrea Minuz and Aldo Tassone, among others.