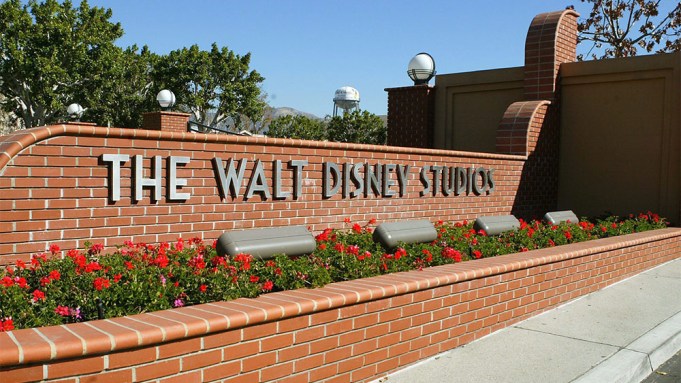 Revenues plunged and profits evaporated at the Walt Disney Company during its most recent quarterly earnings, as family entertainment giant continued to grapple with a pandemic that has destabilized the pillars of its business.

Not that anyone is shocked by all the red ink being spilled. From live events to theme parks to theatrical movies, there’s barely a corner of the Magic Kingdom that has not been hit hard by coronavirus.  All told, Disney estimated that COVID-19 had taken a $3.1 billion bite out of its quarterly revenues and a $7.4 billion chunk out of its annual sales. There were a few bright spots. The company did tout the ongoing success of Disney Plus, its Netflix challenger, saying the streaming service had attracted 73 million paid subscribers since launching last November.

And yet, it could have been worse…much worse. Although Disney would no doubt like to turn the page on this period, investors were bracing for steeper losses. Wall Street projected revenues of $14.2 billion on a loss of 73 cents per share, numbers that the company beat. Indeed, the company’s stock rose more than 5.6% in after-hours trading on news of the better-than-expected results.

“Even with the disruption caused by COVID-19, we’ve been able to effectively manage our businesses while also taking bold, deliberate steps to position our company for greater long-term growth,” Disney CEO Bob Chapek said in a statement accompanying the results. “The real bright spot has been our direct-to-consumer business, which is key to the future of our company.”

In a call with investors and analysts on Thursday, Chapek expanded on that statement, declaring that Disney’s continued success will be determined more by Disney Plus than it will be charted by ABC, Nat Geo, FX, or any other properties. He decried that streaming is the “primary catalyst for growth for our company.”

Disney said it will forgo its semi-annual cash dividend for the second half of the year, in part so it could  “prioritize investment in its direct-to-consumer initiatives.” That will please activist investor Dan Loeb, who was using the stake of his hedge fund, Third Point, to push Disney to do away with the payout to investors and use the money to augment its streaming content.

Some of Disney’s resorts, such as Walt Disney World in Florida and Hong Kong Disneyland, have reopened, while instituting safety measures such as temperature checks and social distancing. Others, like Disney’s parks in California, remain shuttered. With attendance dropping dramatically, Disney recently laid off 28,000 workers across its parks, experiences and consumer products divisions.

Disney Plus, the company’s new streaming service, continues to show promise. During the pandemic, subscriptions soared, in part due to buzzy programs such as Beyonce’s “Black is King” and a taped performance of Lin Manuel Miranda’s “Hamilton.” This month, Disney Plus launched the second season of “The Mandalorian,” a Star Wars spinoff series that was a water-cooler hit when it debuted in 2019, back when it was safe for office workers to congregate around water-coolers. Disney Plus’s subscriber numbers excited investors and analysts, though they remain fraction of Netflix’s more than 200 million customers. The streaming service isn’t turning a profit yet. Revenues for Disney’s direct-to-consumer operations climbed 41% to $4.9 billion, but the division reported an operating loss of $580 million. That was down from a loss of $751 million year-over-year.

Disney’s media networks division, which includes its cable properties and broadcast arm, saw revenues for the quarter increase 11% to $7.2 billion, and segment operating income rise 5% to $1.9 billion. The improvement was due to lower programming costs at FX Networks, ABC, and other channels, as well as the sale of library titles from the Disney Channels to Disney Plus.

Disney studio entertainment division, which boasts its film labels such as Pixar and Marvel, was hit hard by the pandemic, with revenues for the quarter decreasing 52% to $1.6 billion and segment operating income falling 61% to $419 million. That was a consequence of a dearth of major theatrical releases. In the prior year quarter, Disney released “The Lion King” and “Toy Story 4.” This go-round, with cinemas closed in major markets such as New York City, Disney released the box office dud, “The New Mutants.” The superhero film was a leftover from the company’s purchase of much of 21st Century Fox — a deal that has bolstered Disney’s cable properties, but has largely resulted in one flop film after another.

Disney made headlines when it announced that “Mulan,” its live-action version of an animated classic, would forgo a theatrical release in the U.S. and would instead be made available to purchase on Disney Plus for $29.99. The company’s decision a few months later to pull Pixar’s “Soul” from theaters and instead debut it on Disney Plus at no extra charge suggested that Disney’s premium video on-demand experiment had been a disappointment. Chapek said “Mulan” was anything but a failure and indicated that Disney would employ a similar strategy with other movies.

“We saw enough very positive results to know that we’ve got something here,” he told investors.

With Disneyland closed and its cruise line stuck in port, Disney’s parks, experiences and products division saw revenues for the quarter decrease 61% to $2.6 billion. Segment operating results declined $2.5 billion to a loss of $1.1 billion. The company said it took a $6.9 billion hit to its parks revenues this year because of the theme park closures and the slowdown in the tourism sector. On the call with analysts, Chapek took a swipe at California Gov. Gavin Newsom over his refusal to allow Disneyland to reopen.

“We are extremely disappointed that the state of California continues to keep Disneyland closed despite our proven track record,” Chapek said.

Looking ahead, Disney estimated that it would have to shoulder $1 billion next year in costs associated with dealing with safety issues related to operation during COVID-19.

Disney also reported its annual results in addition to its quarterly numbers. The company will rack up $2.8 billion in net losses for the year on revenues of $65.4 billion. In fiscal year 2019, long before coronavirus upended life, Disney reported net income of $10.4 billion on revenues of $69.6 billion.