U.K. Economy Forecast to Shrink Record 35% by June Due to Coronavirus 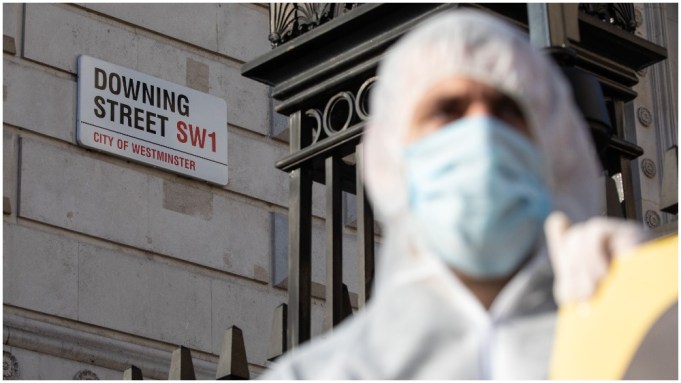 The U.K. economy could shrink by a record 35% by June as a result of the coronavirus pandemic, according to the country’s official independent fiscal watchdog the Office for Budget Responsibility (OBR).

The OBR said a three-month lockdown followed by three months of partial restrictions would cause an economic decline of 35.1% in the quarter to June.

However, it expects half of the sharp drop in growth in the second quarter to be reversed in the three months to September as the economy starts to recover.

The OBR reported that the U.K. economy will contract by 12.8% for the year as a whole, before returning to its pre-crisis growth trend by the end of 2020.

The U.K. Chancellor Rishi Sunak addressed the OBR figures in a press conference today, admitting “these are tough times and there will be more to come,” and that it will be impossible to protect every household and business.

He added that while the economic impacts are “significant,” the OBR also expects them to be temporary and that the economy will “bounce back to growth.” Sunak also said the measures the government has implemented will make a difference.

Separately, the International Monetary Fund warned the virus would push the U.K. into its deepest slump for a century. The IMF expects the U.K. economy to shrink by 6.5% in 2020, while the global economy will contract by 3%.

The OBR said the government’s unprecedented financial help for workers and businesses would help to limit any long-term damage. The watchdog also estimated that unemployment will rise by 2.1 million to 3.4 million by the end of June.

This is likely to include many freelancers within the U.K. film and TV industry, who have seen work dry up as productions have shut down. Exacerbating the situation for freelancers, many are struggling to access government financial help because of the complex and irregular nature of their employment.

Bectu, the union for film and TV workers, has estimated that almost 50% of its members will not qualify for any of the new government support schemes on offer, and are denied access to unemployment benefit, Universal Credit, if their savings are too high.

Freelancers not eligible for government schemes include those who are recently self-employed and do not have a full year of accounts, as well as many employed on PAYE fixed-term contracts or through limited liability companies.

Until last week, it was thought that freelancers who were on a company’s payroll on Feb. 28 and had subsequently left for whatever reason, could be rehired and immediately furloughed to receive government support of up to £2,500 ($3,150) a month. However, U.K. trade title Broadcast reported last week that producers alliance Pact has since updated its guidance to production companies, saying workers can only be re-hired then furloughed if “their contract was suspended due to the impact of Covid-19 with some remaining work still to be done under the contract, and the prospect of returning to complete that work at some point in the future.”