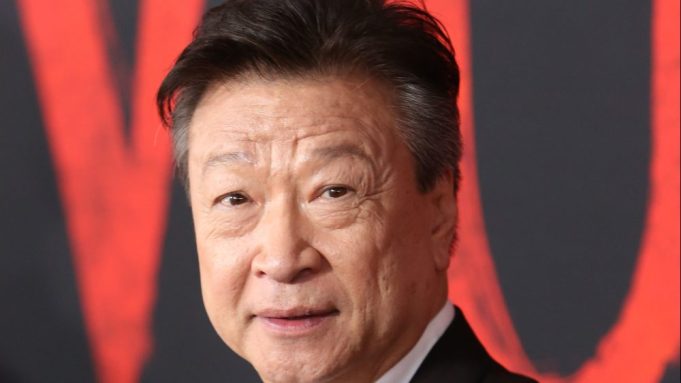 Tzi Ma likes to brag that, despite not having children of his own, he has an “all-star daughter team.” Hollywood’s go-to Asian dad has taken on a paternal role for a bevy of powerhouse talent — mostly women — including Awkwafina in “The Farewell” and Sandra Oh in “Meditation Park.” But 40-plus years into his career, he hardly feels typecast.

“There’s still so many more Asian American or Asian dads that we haven’t seen, and I really want to make sure the world sees us in every light possible,” Ma, 58, tells Variety as part of the “Represent” video series. The “dad roles,” he says, started coming in after he played Chinese ambassador Solon Han whose daughter, Soo-Yung, is kidnapped in 1998’s “Rush Hour” (he reprised the role in two follow-up films).

Ma’s latest fatherly turn is in Disney’s live-action adaptation of “Mulan.” As Zhou, an injured war hero, Ma is the emotional anchor in the Niki Caro-directed action epic, equal parts nurturing and heartbreaking — nurturing, as Zhou quietly encourages his daughter’s (Liu Yifei) fighting spirit; heartbreaking, because his injuries have blunted his own.

It’s a role that Ma says he almost missed out on because he was shooting a different project in Vancouver during casting. “I thought I lost the opportunity,” he says. Luckily, it wasn’t too late.  “I have no idea what goes into casting people’s heads, but they wanted to see more people.”

After meeting with Caro and a subsequent audition, Ma earned top billing in the big-budget film, which debuts in the U.S. on streaming platform Disney Plus on Sept. 4.

Although Ma could not have anticipated starring in a major film during his early career as a young theatre actor in New York City in the 1970s and ‘80s (in 1979, he made a brief foray into cinema, scoring his first film role in the Andy Warhol-starring “Cocaine Cowboys”). Back then, he had found a niche in experimental and activist theatre, performing and studying with the likes of Mako Iwamatsu — known professionally as Mako — the Oscar and Tony-nominated godfather of Asian American theatre and playwright David Henry Hwang. Ma found an easy home on the stage because theatre was “much more accepting of people who are different.”

He found his way to the west coast when Orange County, Calif.-based performing arts theatre South Coast Repertory commissioned a production of the play he was starring in, “In Perpetuity Throughout the Universe.” The play’s run coincided with the 1988 writers’ strike.

“The town was just basically dead,” Ma says of Hollywood at the time. That meant an influx of industry insiders traveling south and watching him perform, piquing the interest of TV producers. He was eventually invited to a meeting with one at Fox, at which he cold read from a script for “L.A. Law.” Once the play closed and the strike over, Ma had nabbed his first TV role on the show.

“I never had any intentions of coming to Hollywood at all. I was happy doing theatre. I was traveling all over the world. I mean, every play, I was doing like two or three, four or five different roles. So, it was fun for me,” he remembers. “But what happens is I also discovered several things about these mediums, film and television: that it reaches so many people in such a short period of time that theatre can never offer you that.”

One could argue he’s always had an audience. Born in Hong Kong the youngest of seven children, Ma grew up on Staten Island where his parents ran a Chinese American restaurant called Ho-Wah, and where he says he served as the comic relief for the family.

According to Ma, the business was previously owned by Chinese American war vet and immigration activist Lau Sing Kee. When his parents first took the space over, Ma remembers seeing shower stalls in the bathroom and rows of bunk beds, ostensibly where Chinese immigrants and workers boarded. It’s a detail Ma notes as if to echo his own activism, most recently of which involves speaking out against anti-Asian racism amid the COVID-19 pandemic.

It’s not unfamiliar territory for him. By junior high, he was getting into scraps with fellow students over race. “Name-calling, fights, that first week, practically every day. That’s why I took up martial arts because I wasn’t gonna take it lying down, and you don’t want to get beat up every day,” he recalls. At the urging of his art teacher, he joined the school drama club as a way to find acceptance among his peers and fell in love with the stage when he performed in his first musical “Annie Get Your Gun,” in which he played Buffalo Bill.

“I remember when I stepped on stage, everybody just laughed because, you know, this face,” he says, gesturing to himself, “the cowboy hat, gray hair. I sprayed my whole head gray. And I believe by the end of the night, I had the biggest support.”

Musical theatre in junior high led him to professional theatre in New York and, now, a decades-long career that has included countless TV and film roles in everything from “24” and “Veep” to “Akeelah and the Bee,” “RoboCop 2” and “Tigertail.” But feeling like he’s gained Hollywood’s acceptance, that his race plays a smaller factor in whether or not he gets a role is, for him, a more recent phenomenon.

“This is less of an issue, the color of my skin,” he says, pointing once again to his face, “and really should never be an issue at all.”

He’s heartened by the burgeoning activism he sees among actors of Asian descent for increased representation on-screen and hopes that, sooner than later, they can be recognized for their work in the form of awards. He laments that Asian-led films like “The Last Emperor” and “Parasite” won multiple Oscars in their years, but zero for acting.

“It drives me up the wall. I mean, now that I’m a newly minted member of the Academy, I’d like to ask some of my folks and say, you know, ‘What goes into your thinking in terms of these performances?’” he asks. “I think for the community, it’s important that we do get recognized. I think we do need to support more, we need to campaign more.”

And in true dad fashion, Ma offers up his advice to the younger generation of actors, a roster that includes names he is personally excited about, like Simu Liu, who will star in Marvel’s “Shang-Chi and the Legend of the Ten Rings,” and Olivia Liang, who plays his daughter (but, of course) in the upcoming CW reboot of ‘70s series “Kung-Fu.”

“Focus on the work because, personally, that brings me through the toughest day — that I’m focusing on the work at hand instead of [all] of these things that are bombarding me,” he says. For a moment, he channels Zhou speaking to Mulan, or maybe it’s Solon to Soo-Yung, or maybe just a seasoned artist to his greener counterpart. “The chatter in your mind is strong. So, you need to be stronger.”