Tom Hanks in Talks to Play Geppetto in Disney’s ‘Pinocchio’ 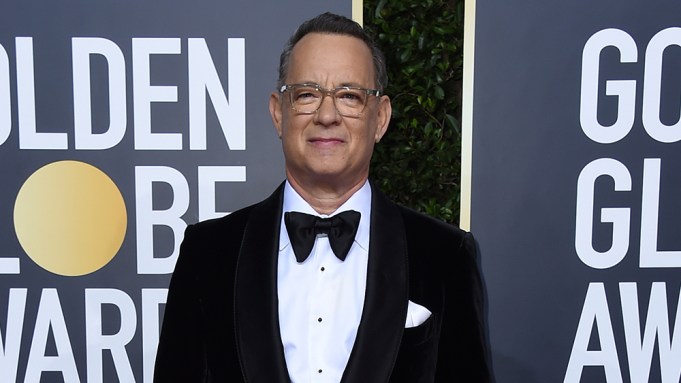 Tom Hanks is in early negotiations to play Geppetto in Disney’s live-action version of “Pinocchio.”

Variety first reported in 2018 that Robert Zemickis was on board to direct the project, the latest in a long line of live-action remakes of its animated movies such as “Aladdin,” “Beauty and the Beast” and “The Lion King.”

The project would reunite Zemeckis and Hanks, who have previously worked together on 1994’s “Forrest Gump,” 2000’s “Cast Away” and 2004’s “The Polar Express.”

The original “Pinocchio” was released in 1940, produced by Walt Disney Productions and based on Carlo Collodi’s children’s novel “The Adventures of Pinocchio.” The story centers on a wood-carver named Geppetto who carves a wooden puppet brought to life by a fairy — and told he will become a real boy if he proves himself to be “brave, truthful, and unselfish.”

Chris Weitz is penning the script. He will also produce the film with Andrew Miano through their company Depth of Field.

Before he steps into the famed woodworker’s shoes, Hanks will portray Colonel Tom Parker in Warner Bros. upcoming Elvis Presley biopic. While he was shooting the film in Australia, Hanks and his wife Rita Wilson were among the first public figures to announce they had tested positive for coronavirus. They have since recovered.

Hanks recently starred as commander in the World War II combat drama “Greyhound,” which premiered on Apple TV Plus in July after being sold by Sony Pictures. He received his sixth Oscar nomination this year for “A Beautiful Day in the Neighborhood.” He is repped by CAA.

The news was first reported by Deadline Hollywood.