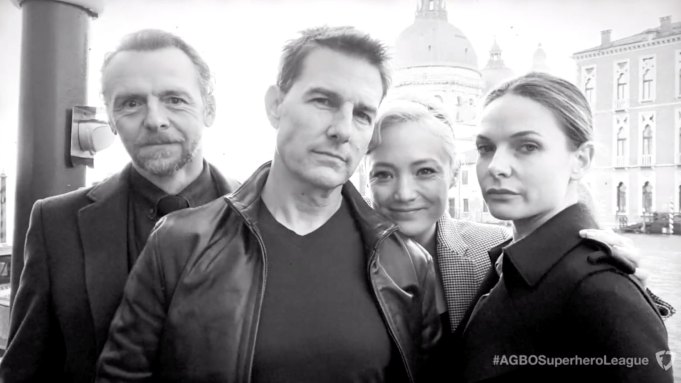 In this new clip, exclusive to Variety, Klementieff — who portrayed Mantis in the Marvel Cinematic Universe, including “Avengers: Endgame” — performs an adaptation of “Laisse Tomber Les Filles” with French lyrics she co-wrote with Simon Pegg about Chris Hemsworth. The music video is set in Venice, where the actor is currently shooting “Mission: Impossible 7” with Cruise, Pegg and Rebecca Ferguson, who make appearances.

In the two-minute, black-and-white music video of “Au Revoir Chris Hemsworth,” Klementieff sings in various locations, including a yacht, her hotel room and the beach. She mocks Hemsworth on his looks, personality and role in the “Avengers” franchise. The actor is joined by her “Mission: Impossible 7” co-stars in the final scene, as she sings “One thing I’m certain of, and I’m sorry to break your heart, but my team is better than yours,” referring to Hemsworth’s “Avengers” team.

The video, directed by Pegg, is a part of AGBO Superhero League’s weekly trash talk series, promoting the charity fantasy football league featuring “Avengers” stars Robert Downey Jr., Paul Rudd, Ryan Reynolds, Tom Holland and Chris Evans, among others. Klementieff is playing for Time’s Up, meaning a percentage of the $1 million prize pool will be donated to the org based off her standings. FanDuel is sponsoring the league.