Continue to Variety SKIP AD
You will be redirected back to your article in seconds
Jan 3, 2020 11:19am PT 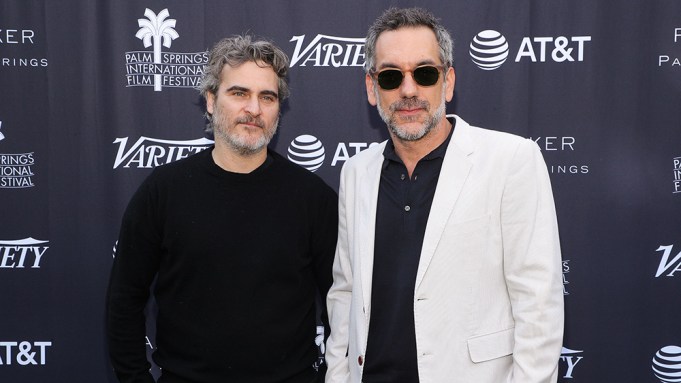 Even though there aren’t any solid plans to make a “Joker” sequel, director Todd Phillips would like to see a Batman movie from “Joker’s” Gotham City.

“It’s a beautiful Gotham. What I would like to see someone tackle is what Batman looks like from that Gotham,” Phillips told Variety’s Marc Malkin at the Palm Springs International Film Festival, where he was being awarded with Variety’s Creative Impact in Directing Award.

However, Phillips was quick to say that he wouldn’t be the one to make that movie.

“I’m not saying I’m going to do that. What was interesting to me about the inclusion of Batman in our movie was, ‘What kind of Batman does that Gotham make?’ That’s all I meant by that,” he said.

Phillips was originally adamant that “Joker” would be a one-off movie and would not cross over with Robert Pattinson’s upcoming “The Batman” movie, but Warner Bros. met with him and co-writer Scott Silver about exploring possible ideas for a sequel late last year. Any sequel would have to meet the artistic standard of the original “Joker,” an expectation that Phillips said he and star Joaquin Phoenix agreed on.

“This time I spent with Joaquin here, driving over last night, was the first time we hung out for a while, and we weren’t talking about [a sequel]. We both have the same kind of mandate, so we’ll see,” he said.

Last year, “Joker” became the first R-rated movie in history to earn more than $1 billion at the global box office, and it was the fourth of Warner Bros.’ DC Comics films to hit the milestone. Despite the massive success, Phillips told Variety that he and Phoenix weren’t sure it’d be a hit.

“The truth is we never knew it, honestly. Joaquin and I were operating at a place where we kept thinking, ‘Let’s just make something that doesn’t end our careers,'” Phillips said. “We didn’t have any thought it could actually be good. We were blinded by the movie somehow; this was a weird one.”