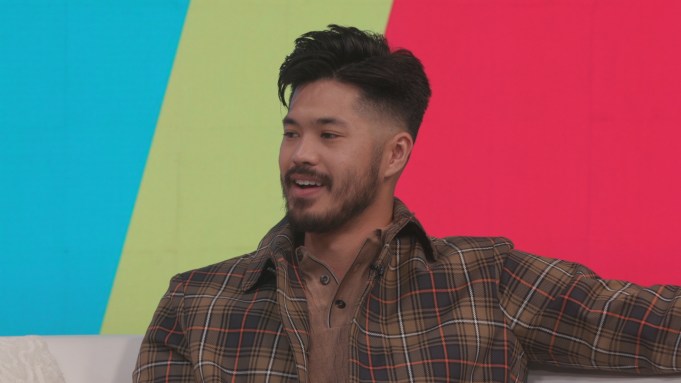 Ross Butler isn’t done playing a high schooler, at least not yet. Despite turning 30 later this year, Butler tells Variety that he’s going to work the letterman jackets he’s known to wear on-screen — on one season of “Riverdale” and, now, in Netflix’s “To All the Boys: P.S. I Still Love You” — for as long as he can.

Butler brings that big youth energy into his role as Trevor Pike, best friend to Noah Centineo’s Peter Kavinsky, in “P.S. I Still Love You,” the sequel to Netflix’s hit teen rom-com “To All the Boys I’ve Loved Before.”

Butler and Centineo’s real-life friendship started when the two would see each other at auditions, sometimes for the same role. Their natural chemistry — and that with other cast members, including stars Lana Condor and Jordan Fisher — made for what Butler says is an epic gag reel.

In the sequel, Condor reprises her role as Lara Jean Song Covey, the high schooler whose love letters were mailed to her crushes, including one to Peter Kavinsky (Centineo), a hotshot lacrosse player. In “P.S. I Still Love You,” Lara Jean and Peter are blissfully coupled up, until John Ambrose McLaren (Fisher), an old friend of Lara Jean’s from childhood, emerges; he got a letter, too.

The series is based on Jenny Han’s young adult books for which, Butler admits, he isn’t exactly the target demographic. But he adds that knowing the source material was written by an Asian American author and that the film features an Asian American lead made for a welcoming on-set experience.

“I would say, as cheesy as it sounds, it does give me a little bit more of a sense of pride and a little bit of looseness knowing that [we] have people in front of and behind the camera. It feels like they understand some of the choices that we make, or you don’t feel like the token,” Butler says, adding, “And it’s not only just Asian American. It’s just very diverse across the board.”

Butler will also be reprising his role as Zach Dempsey in teen drama series “13 Reasons Why,” which wrapped production on its fourth and final season last year. The controversial show has touched on storylines on a range of issues including assault, suicide, mental health and substance abuse. The drama’s third season centered on the (SPOILER ALERT) murder of the show’s main villain, Bryce Walker, played by Justin Prentice.

A release date for Season 4 has not yet been announced.