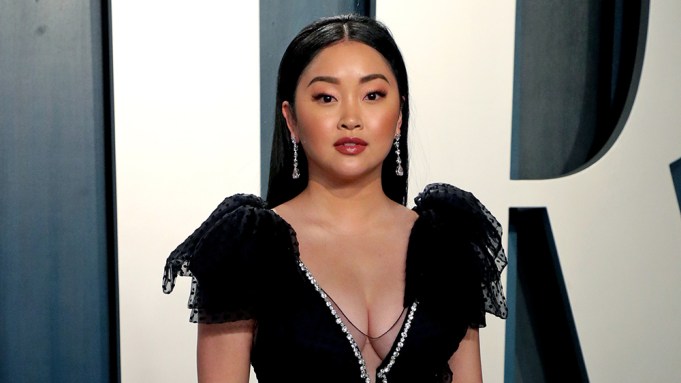 Whatever you do, don’t ask “To All the Boys: P.S. I Still Love You” star Lana Condor if she’s Team Peter or Team John Ambrose.

“This question keeps me up at night. It does,” Condor told Variety of the love triangle her character, Lara Jean, finds herself in the sequel to Netflix’s teen rom-com “To All the Boys I’ve Loved Before.”

In “P.S. I Still Love You,” Lara Jean is officially coupled up with Peter Kavinsky (Noah Centineo), until John Ambrose McLaren (Jordan Fisher) — a childhood crush and recipient of one of Lara Jean’s love letters from the first film — re-emerges.

Condor calls Fisher a natural fit for the role, which was originally cast as a white character in the first film. For the follow-up, Condor says she and producers went for a colorblind casting process to find their perfect (co) leading man. And while other actors she chemistry read with tended to mimic Centineo’s performance as the cocksure Peter, Fisher did not.

“Jordan came in with a much more sensitive, friendly, kind of quirky energy that no one else brought. He was perfect for it,” she said.

As Condor knows well, the audition process itself can be daunting, sometimes specifically for an actor of color. As she revealed to Teen Vogue in January, a casting director once told her to “act more like Hello Kitty.” She shut it down pretty quickly.

“I remember when she said that, I just was like, ‘I don’t know what you mean.’ I straight up — you kind of have to call that out,” Condor recalled.

But she’s optimistic that a more diverse Hollywood means less nonsensical directives about acting like a cartoon character without a mouth.

“We’re making strides, and I see that. When I go into rooms now, I’m taken more seriously,” Condor said. “However, those little blurbs remind me that there’s still so much more work to be done in the industry.”

A release date for the third installment of the series, “To All the Boys: Always and Forever, Lara Jean,” has not yet been announced.

She credits executive producer and series author Jenny Han for normalizing the cultural richness of Lara Jean’s world, down to the subtle nods to her Korean heritage. Condor says sharing that with fans, especially Asian American ones of all ages, has been the most rewarding part of starring in the series.

“[Them] just saying, ‘I felt seen. I felt heard. Thank you.’ That has been the most fulfilling part of this whole journey,” Condor says. “Love letters and everything aside, that’s what makes my heart feel solid.”

Watch Lana Condor’s full interview in the Variety studio above.