Time’s Up Urges SAG-AFTRA Members to Vote Against Contract 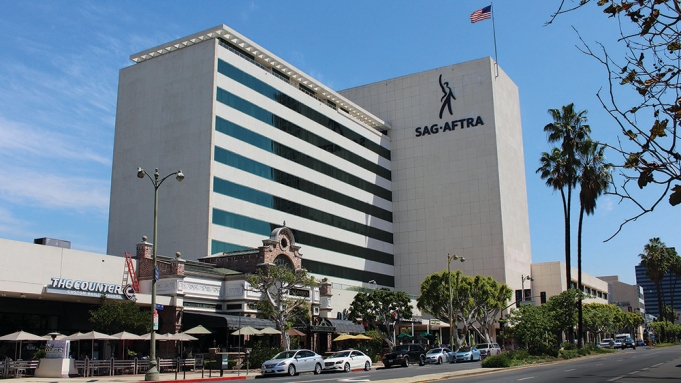 Time’s Up is urging SAG-AFTRA members to oppose the proposed successor deal on its master contract, provoking an accusation by the union of unwarranted interference.

Balloting on the deal, reached last month between SAG-AFTRA and the Alliance of Motion Picture and Television Producers, concludes Wednesday at 5 p.m. PDT.

“Creating safe, dignified, and equitable workplaces in an industry where nudity and intimacy are often part of the work is challenging, but not insurmountable,” the group said Monday. “Therefore, the fact that SAG-AFTRA and AMPTP reached an agreement that does not include key health and safety measures is deeply disappointing and dangerous.”

The proposed deal has been touted by leaders of SAG-AFTRA for its “groundbreaking” improvements in provisions for performers in nude and simulated sex scenes. The performers union said in response that the group, founded in 2018 in response to the sexual abuse scandal surrounding Harvey Weinstein, was out of bounds.

“We appreciate the concern and advocacy of Time’s Up,” said SAG-AFTRA. “We are motivated by the same desire to protect our members and others in the entertainment industry. However, we believe that with this decision Time’s Up has made a serious mistake. We are disappointed that they have taken the highly irregular step of interfering in our members’ contract ratification effort. Their action disrupts our members’ rights to self-determination and to vote on their contract free from the pressure and influence of outside organizations.”

SAG-AFTRA elaborated on the accusations: “Collective bargaining is a crucial process that is the foundation of labor rights. It is wholly owned by the union members for whom the contracts are negotiated and to whom the benefits accrue. In this instance, the working actors that constitute our negotiating committee and our national board of directors, overwhelmingly voted up this contract for our members’ consideration.”

“While we support Times Up for their unique contributions to a cause in which we all believe, we completely disagree with their assumption that they have either the right or the invitation to intrude into this collective bargaining process that is led by the members for whom this organization and these agreements exist,” the statement concluded.

Opponents of the successor deal have said the new contract does not go far enough in its protections for performers involved in nude and simulated sex scenes.