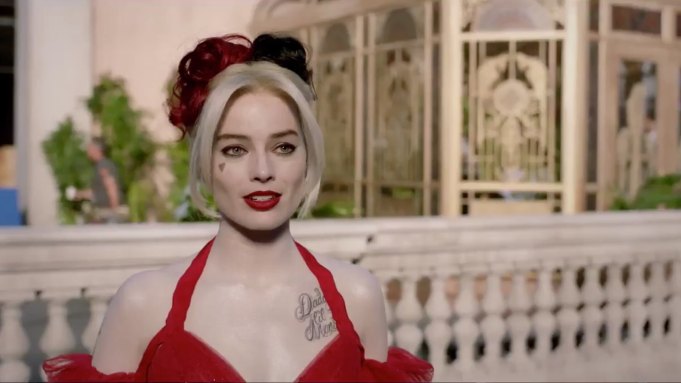 James Gunn, writer and director of “The Suicide Squad,” revealed an extended behind-the-scenes look at the movie and its star-studded cast of characters during the DC FanDome virtual convention on Saturday.

Several actors are reprising their roles from the 2016 “Suicide Squad” film, including Margot Robbie as Harley Quinn, Viola Davis as Amanda Waller, Joel Kinnaman as Rick Flag, and Jai Courtney as Captain Boomerang.

Among the new cast, Gunn said that he reached deep into the DC Comics canon to find a motley crew of villains to populate the movie, and it appears he brought some invention of his own to the project as well.

Idris Elba is playing Bloodsport, a mercenary driven to vengeance in the comics after his brother loses all his limbs in the Vietnam War.

Alice Braga is playing Sul Soria, seemingly a new character created for the film who is likely related to the comics character Juan Soria, who joins the Suicide Squad after getting rejected by the Justice League.

Pete Davidson is playing Blackguard, a not-terribly-successful or smart villain who is easily manipulated into foiling his own schemes.

Michael Rooker is playing Savant, who runs afoul of the Birds of Prey in his efforts to discover Batman’s true identity.

John Cena is playing Peacemaker, who Cena describes in the behind-the-scenes look as a “douchey Captain America,” and who Gunn describes as “the guy who believes in peace at any cost, no matter how many people he has to kill along the way.”

Sean Gunn is playing Weasel, who is, basically, a man-sized weasel.

Peter Capaldi is playing the Thinker, one of the oldest DC Comics villains dating back to the 1940s, whose abilities have included the ability to control human and electronic minds alike.

Flula Borg is playing Javelin, a former Olympic athlete who first tussled with Green Lantern before joining the Suicide Squad.

Daniela Melchior is playing Ratcatcher 2, presumably related to the original Ratcatcher, another Batman villain whose ability is, you guessed it, controlling rats.

Mayling Ng is playing Mongal, who in the comics is an alien with a twin brother named Mongul (get it?), and eventually comes up against Superman.

And the final announced villain is King Shark, a giant man with a shark head (or perhaps a giant shark with a human body?) who was recently featured on the CW TV series “The Flash.” Steve Agee played the character on the set of the movie.

The film represents something of a redo of the “Suicide Squad” property. Filmmaker David Ayer wrote and directed the first film in the series, which grossed $756.8 million globally but is widely regarded as a creative disappointment. Gavin O’Connor signed on in 2017 to write and direct the sequel, but departed a year later.

Gunn signed on to write and direct the new “Suicide Squad” in Oct. 2018, months after he’d been hastily fired by Disney from making “Guardians of the Galaxy Vol. 3” for a series of old tweets that made light of rape and pedophilia, for which Gunn unreservedly apologized. (Just about a year later, Disney re-hired Gunn to make “Guardians Vol. 3.”)

Elba was initially hired to replace Will Smith as Deadshot, but Gunn and the studio ultimately elected to have Elba play a new role instead.

“The Suicide Squad” panel is part of the first wave of DC FanDome events unfolding in virtual panels throughout the day, most of them focusing on Warner Bros. upcoming slate of features based on DC Comics properties. A follow-up event largely focusing on TV will be held on Sept. 12.

The film wrapped production before the COVID-19 pandemic shut down, and Gunn has said that the film is still on track to open in theaters on Aug. 6, 2021.