As president of production at Seven Bucks Productions, Hiram Garcia works with Dwayne Johnson every single day. And with 20 years of friendship, Garcia knows the the Rock better than nearly anyone in the world.

Garcia first met Johnson when he was dating his sister, Dany Garcia, in college. Today, his older sister and Johnson have created a media empire, including the production company they co-founded, churning out hits like “Hobbs and Shaw,” “Jumanji,” “Rampage.” Other credits include upcoming “Jungle Cruise,” Netflix’s “Red Notice” and DC’s “Black Adam,” all three of which have been impacted by the coronavirus pandemic.

Johnson, who recently revealed that he and his family all contracted COVID-19 (but are recovered and doing fine), trusts Garcia as his right-hand man — so much so that he’s allowed him to document his life and career over the past two decades, as he transitioned from WWE champion to the world’s biggest movie star.

Garcia has spent the past 20 years taking photographs of Johnson, and he’s releasing the behind-the-scenes images in his new book, “The Rock: Through the Lens, His Life, His Movies, His World,” out this week.

Here, Garcia talks to Variety about his new book, “Black Adam” and returning — next week — to production on “Red Notice,” following Johnson’s recovery from coronavirus.

You’ve been taking photos of Dwayne for 20 years. Did you always knew you’d turn the photos into a book?

No, I never had that idea, but people had always mentioned that I should do a book when they saw my images. We had never paused to look back at all these, and when we looked through the photos and had such a good time, we thought that the fans would really enjoy looking back, too.

Throughout the years, what is the most valuable lesson you’ve learned from DJ?

Definitely work ethic. And to keep trying to work to improve yourself. From a very young age, he’s always had this mentality of trying to do something great and starting with his own two hands. We both work like there’s no tomorrow, and like this may not be here tomorrow.

Are there any photos in the book that Dwayne will be surprised by?

Oh no, no, no! That’s not the kind of surprise I want. I curated a big batch of photos and made sure that he liked all of the images.

Is there a specific moment captured in the book that stands out to you?

One of my favorite stories I was able to capture was of him and Stan Lee, before Stan passed. It had been years since they had seen each other, but Stan was one of the legends of the business that when DJ first broke into Hollywood, he greeted him with open arms and he really believed in him and what he would be able to do. Stan thought DJ had a lot to offer to the business. This image was taken many years after they first met, and it was taken at Stan’s Comic-Con in L.A., where we were presented some footage of our movie “Rampage,” and the news had come out that DJ would be putting on a cape and entering the DC world as Black Adam. It was a really sweet moment to come full circle and for Stan to say, “I always knew you were going to be what you were going to become.”

Speaking of “Black Adam,” tell me everything about it.

This is the giddy fanboy inside me and DJ. We are so excited to be in the superhero space. We have been dreaming of doing a movie like this for ages, so to be able to partner up with DC and to really put ourselves into the DC Universe in a big way with the ambitions that we have, we are so, so, so excited.

When will you go into production?

We’re going to start filming sometime in the first quarter of next year.

I know spoilers are on lockdown, but give me a glimpse into what we can expect from the script.

Noah Centineo is playing Atom Smasher. What else can you tell me about the other characters?

Our entire production team and our amazing director, Jaume Collet-Serra, we all have unified, giant ambitions for what we want to do with these characters and the JSA and all those new members we’re introducing from Hawkman to Atom Smasher to Cyclone and Doctor Fate. It’s an opportunity to put ourselves in the DC Universe, and really start to create a fun group of characters that audiences haven’t had the chance to see, but that a lot of them are familiar with.

DC has had so much success lately with “Wonder Woman” and “Shazam,” which Seven Bucks produced. Have you discussed specific plans with DC in regards to how-and-when these characters will crossover and fold into other properties in the DC Universe?

We’re working closely with DC in terms of what the plan is for how everyone fits together. It’s still in the works, but obviously “Shazam” exists in the “Black Adam” universe. I can just say that we have very big ambitions for “Black Adam” and all of the characters that we’re introducing. How they’re going to connect with other characters is still all being laid out, but I think fans are going to be happy, ultimately, with the way we end up guiding it.

Disney’s “Jungle Cruise” was one of the first major films that was delayed, due to theater closures with the pandemic. How did that decision come about to delay the film a full year to summer 2021?

It’s one of our biggest babies. When the pandemic came on, we didn’t want to put audiences potentially in danger to see the film. Not only are you dealing with the challenge of some theater being open and others being closed — and, of course, there were conversations about opening in just certain regions — but ultimately, we believe we have the kind of film that will be a celebration of returning to theaters. It’s a true big adventure family film. It’s not the type of film that is made as often anymore, so we really wanted to make sure that we could get it to as many people are possible, as safely as possible. We were all very much in unison with Disney when they wanted to push it and get some space away from the pandemic.

Are you confident in releasing it in July 2021, or are there continuous conversations with Disney that the date could potentially move again?

We haven’t been in any conversations like that, but I think there’s just an understanding that we’re in a landscape that is constantly evolving. No one even knows what is going to happen next week. Fingers crossed that the wave of 2020 is starting to calm down, but you never know.

When are you returning to production on “Red Notice?”

We start filming on Sept. 14. It’s been an incredible process and undertaking to get a production up-and-running. Netflix has had the attitude that whatever it will take to keep things safe for the crew, they are 100% behind. We had finished half the movie and then the pandemic hit, so we re-adjusted what we needed to, so that we could finish everything on stages and wrap up the movie. We should be done, fingers crossed, probably somewhere around the end of November.

What sort of protocols have been put into place?

The entire approach is different and unique, but everything from testing every day to temperatures being checked. We have a pod system, we have zones — yellow, red, green, depending on who can go where — we only have limited people on sets. There are giant manuals with hundreds and hundreds of pages of these new protocols, and we’ve worked really closely with Netflix and amazing epidemiologists and doctors to come up with this plan that feels super sound. We’re all very confident in it. 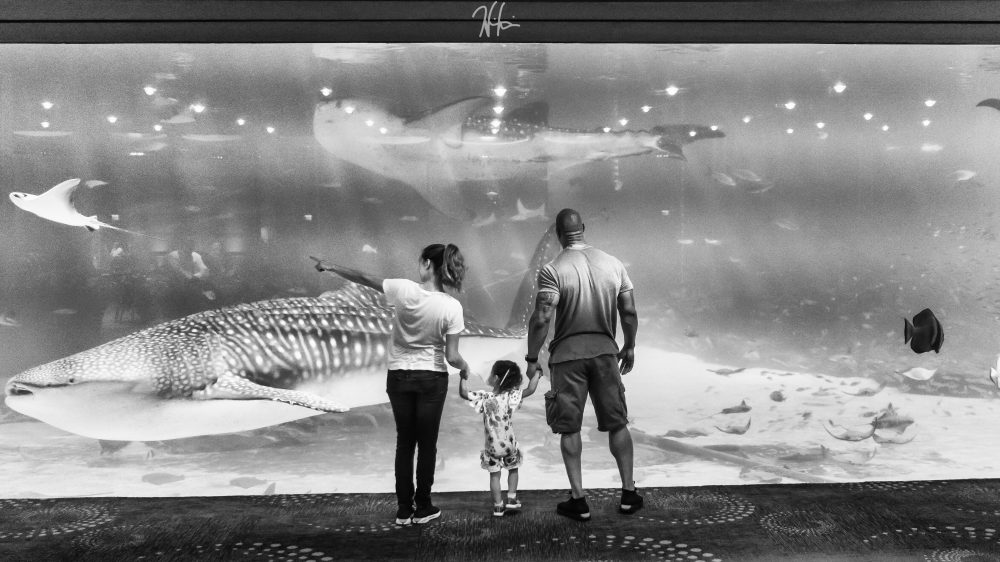 Dwayne just revealed that he and his entire family tested positive for COVID-19. When you found that out, was there any concern that production on “Red Notice” might be further delayed?

I think we’re all so weather-tested, at this point. We just looked at the situation and got all the information and knew that we would adjust accordingly. If there has ever been a time where productions are super light on their feet and ready to pivot and adjust, it’s now. Everyone’s main concern was just that he and his family were safe, and once we knew that they were safe, the rest would work itself out.