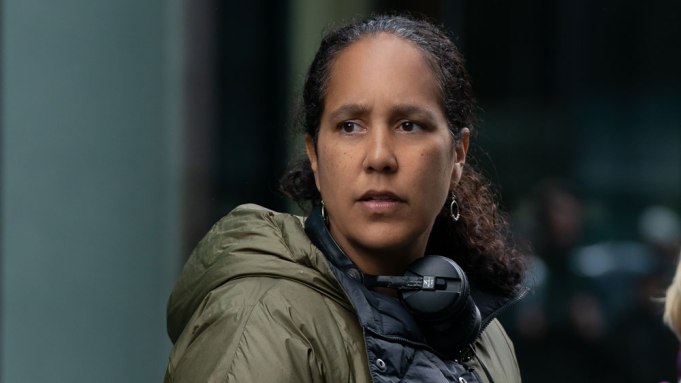 Gina Prince-Bythewood has always wanted to direct an action movie.

Her dream was finally realized with “The Old Guard,” an adaptation of the graphic novel of the same name about a group of immortal mercenaries (Charlize Theron, KiKi Layne, Matthew Schoenaerts, Marwan Kenzari and Luca Marinelli).

“I, for a long while, never thought I’d get the opportunity to make one given the way Hollywood loves to work,” Prince-Bythewood, 51, tells Variety. “But then Patty Jenkins did ‘Wonder Woman’ and did such a phenomenal job that, that creaked the door open just a little bit.”

Prince-Bythewood explained that Skydance was intent on finding a female director when they bought the rights to the property. “They said in the room that they loved ‘Love & Basketball’ and loved ‘Beyond the Lights’ and loved what I did with the characters with that and they wanted that vibe for ‘The Old Guard’ so that it didn’t just feel like an action film, but more like an action drama,” she recalled. “And for me to move into the space, that’s exactly what I wanted as well.”

“The Old Guard” writer Greg Rucka also wrote the screenplay. “I love the way that dude’s mind works, the fact that he creates these women in the comic book space who are just bad-ass and warriors, but not hyper-sexualized and all of that was in ’The Old Guard,’ in addition to the fact that one of these two female leads was a young Black female hero, which we never get to see and absolutely need to see,” Prince-Bythwood said. “Within five pages of reading, I was in.”

While Theron has proven herself as one of today’s most successful action stars, Layne had never worked in the genre before. She was best known for her breakout big screen debut in Barry Jenkins’ adaptation of James Baldwin’s “If Beale Street Could Talk.” Jenkins showed Prince-Bythewood an early cut of “Beale Street” set while she was casting “The Old Guard” and still looking for someone to play Nile, a Marine who discovers she’s immortal after surviving a fatal knife attack by a terrorist.

“I was like, ‘Wow, she is really good, but no way could she be Nile. She’s just too soft,’” she said. “And then she came into audition and within five seconds, I was like, ‘Oh my God, that’s Nile.’ She had that innate strength, but also the innate vulnerability and this innate goodness. KiKi in real life is a light and she brought that to the role and I believed her in every moment and she had the desire to be great.”

And Layne leaned in. The cast was in the gym for about four months working with personal trainers and stunt coordinators. “When you learn how to fight, when your body gets stronger and stronger, it gives you swagger. You’re now walking down the street, knowing you can kick someone’s ass,” Prince-Bythewood said. “It changes you and that helped her embody a Marine. You literally saw KiKi’s posture change.”

As the film opens in the era of Black Lives Matter, it seems Hollywood may be catching up to Prince-Bythewood, who has focused her career on putting Black women in front of the camera. “I feel like I’ve been in a sustained fight for 20 years in putting Black women up on screen,” she said. “Those are absolutely the hardest films to get made, but there’s a few of us and we have to stay in the fight. But what has been pretty amazing is that my next two projects, which I can’t yet talk about, but both are big projects, both star black women and for the first time in my career, they weren’t a fight. So I hope that says a lot about the industry and I hope that that sustains itself.”

Prince-Bythewood said test audiences applauded when the two kissed during one of the film’s most emotional scenes. “That was such validation because Greg made us promise that we would never lose that in the script,” she said. “And it was like, ‘Greg, this is why I’m here. You don’t have to worry about that.’ And it was great validation for him and I’m proud…the world is moving in the direction where it can be applauded and loved and those two are people’s favorite characters.”

“The Old Guard” is available on Netflix.