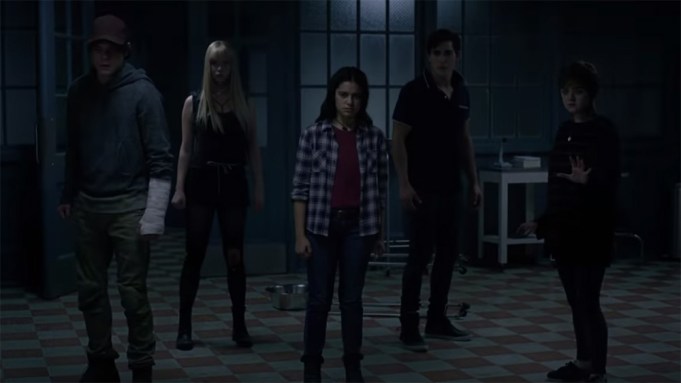 After two years of delays, 20th Century Fox released the trailer for the X-Men spinoff “The New Mutants.”

Inspired by “The New Mutants” Marvel graphic novel published in 1982, director Josh Boone’s spinoff brings some horror into the X-Men universe. It opens on Blu Hunt’s (“The Originals”) Danielle Moonstar sitting in darkness when a voice asks her, “What’s the last thing you remember, Dani?” Faces emerge from the darkness, there’s a scream, and Dani replies, “You said we had to run.”

Then the action begins.

The movie follows five young mutants, just as they’re discovering their powers, held against their will in a secret facility as they fight to escape. It stars Anya Taylor-Joy (“Split”) as the Russian mutant Illyana Rasputin/Magik, Maisie Williams (“Game of Thrones”) as Rahne Sinclair/Wolfsbane, Charlie Heaton (“Stranger Things”) as Sam Guthrie/Cannonball and Henry Zaga (“Looking for Alaska”) as Roberto da Costa/Sunspot.

“The New Mutants'” 2020 premiere date has been a long time coming. The film was first announced in 2015, and replaced Rosario Dawson in the role of Dr. Cecilia Reyes with Alice Braga in 2017, Variety reported, before completing production the same year. Its April 13, 2018, premiere date was pushed back 10 months to February 2019 to accommodate the “Deadpool 2” release date before being pushed back again for another X-Men movie, “Dark Phoenix.”

Reshoots and the Disney acquisition also impacted “The New Mutants” release date. Finally, 20th Century Fox is releasing the film to the masses on April 3, 2020.