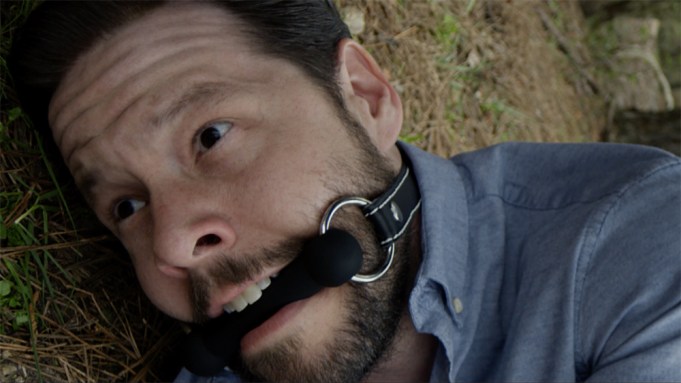 “The Hunt,” Universal and Blumhouse’s satirical political thriller that was marred by controversy before it even saw the light of day, is finally making its way to theaters and will be released on March 13.

The film, depicting a group of elites that hunt ordinary Americans for sport, was initially set to debut last September. But the studio suspended the marketing campaign in wake of mass shootings in Texas, Ohio and California, and ultimately pulled the movie from its slate.

Prior to “The Hunt” being shelved, President Donald Trump criticized the film on Twitter. Though he didn’t mention the movie by name, he took aim at “liberal Hollywood.” “The movie coming out is made in order to inflame and cause chaos,” he wrote on Aug. 9, a day before “The Hunt” was scrapped. “They create their own violence, and then try to blame others. They are the true Racists, and are very bad for our Country!”

Universal also released a new trailer and poster on Tuesday, along with a new tagline that reads: “The most talked about movie of the year is the one nobody has seen … yet.”

“The Hunt” follows 12 strangers who wake up in a clearing, unaware that they’ve been kidnapped and chosen to be hunted in a game devised by “liberal elites.” Betty Gilpin, Ike Barinholtz, Emma Roberts and Hilary Swank star.

“The last I heard, free speech still exists,” Swank’s character says in the trailer, perhaps also alluding to controversy surrounding the film. “It wasn’t real. We were joking.”

Later she says, “You actually believed we were hunting human beings for sport?”

Craig Zobel (“Z for Zachariah,” “The Leftovers”) directed “The Hunt,” which was written by “Watchman” creator Damon Lindelof and Nick Cuse. Blumhouse Productions, the company behind “Get Out,” “The Purge” and “Paranormal Activity,” produced the film.