‘The Hunt’ Producer Jason Blum and Writer Damon Lindelof Speak Out: ‘This Is Not a Dangerous Movie’ 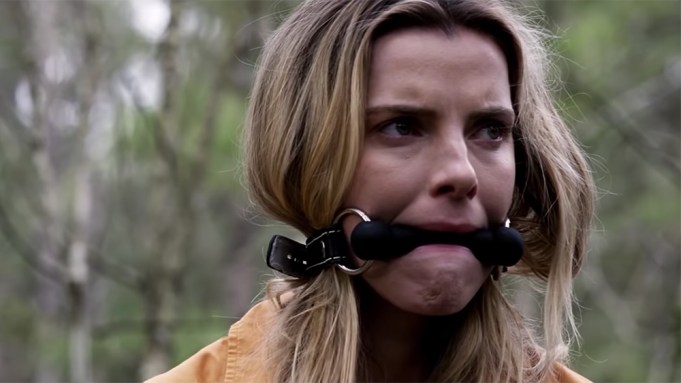 Universal and Blumhouse are ready to unveil “The Hunt,” a satiric thriller that follows a group of liberal elites who try to track down and kill “red state” conservatives for sport, after canceling its initial theatrical release last year. In an interview with Variety, producer Jason Blum and co-writer Damon Lindelof argued that the film has been mischaracterized as biased towards Trump supporters and argued that it does not advocate violence.

The filmmakers may have intended to be equal opportunity in their portrayal of liberals as caviar and champagne swilling snobs and conservatives as gun-toting survivalists, but “The Hunt” became a hot potato before the public had even seen the film. “The Hunt,” which was the subject of criticism from President Donald Trump, was originally supposed to hit theaters on Sept. 27, 2019. In the wake of mounting controversy and the Dayton and El Paso mass shootings, Universal cancelled those plans, pulling it from the release calendar.

However, the studio believes that much of the media coverage surrounding the film was incorrect and that now is the time to reintroduce the film to moviegoers. It will open on March 13, 2020. A new trailer and poster call the film “the most talked about movie that no one has ever seen.” As part of that reintroduction, the studio screened the film for journalists, including this reporter. It’s true that both the liberal and conservative characters are painted with broad strokes and are portrayed as caricatures. It’s also true that it’s a film that flirts with political provocation while wrapping those allusions to polarization in a pop culture package. One that, being a Blumhouse release, has its fair share of blood and gore.

In “The Hunt,” rich liberals who hunt the conservatives refer to their prey as “deplorables” and disparage “our ratf—er-in-chief” in a text exchange (Trump is never mentioned by name). In another scene, a liberal hunter shoots a man after saying, “climate change is real.” One of the conservative victims is depicted as being anti-gay, another rails about illegal immigrants, talks about the “Deep State,” and fantasizes about going on “Hannity” to expose a liberal conspiracy. The central character, played by Betty Gilpin, never explicitly talks about her political beliefs. She has a Southern accent, is adept with all kinds of weaponry, and is a war veteran. Maybe that makes her a member of the MAGA set?

Audiences will ultimately decide if “The Hunt’s” incisive look at the growing gulf between the left and right in the country is entertaining and valuable. But before they do, Blum and Lindelof weigh in on why they feel comfortable releasing the movie in this climate.

Did you support Universal’s decision to pull the film from release?

Jason Blum: All of us did. It wasn’t Universal’s decision alone. There was this wild kind of tornado of events, and it just seemed like the right thing to do. It was never our idea to have the movie be gone forever. We wanted to take it off the schedule so there could be time to process things and reintroduce the film to the world. That ended up taking three-to-four months.

Why is now the right time to release it?

Did the media get anything wrong about the movie in its coverage of the controversy?

Lindelof: It was all about balance, and we felt the movie was actually pretty balanced in terms of the shots that it took. That’s probably what got misreported. The movie that was being presented was slanted, and we didn’t perceive it that way.

You said that you want to reintroduce the film to the world. How are you going to do that and will it be difficult given that it has, for lack of a better word, a stink on it?

Blum: We have a very, very different trailer and poster which acknowledges the journey that we’ve been on. So we’re putting the movie out into the world in a very, very different way than we did the first time around. I’m not worried. With any movie you release, you’re concerned about how the talk will negatively or positively impact the release of a movie. So this movie is no different.

The last time you were preparing to release the film, President Trump claimed that the film was inciting violence against his supporters. Are you concerned that he will go after the movie again?

Lindelof: We’re not concerned and our hope is that if the president talks about the movie again, it’s because he’s seen it versus what he is being told by others.

Blum: Our real hope is that the president sees the movie.

Will you make the movie available to the president to see?

After you decided to shelve ‘The Hunt,’ the filmmakers behind ‘Joker’ went through something similar where there was a great deal of concern that it could incite violence. Did you learn anything from watching how that movie handled the controversy.

Lindelof: It’s very apples and oranges. The way the situation mirrored our own is that there was a conversation going on among people who hadn’t seen it yet. The more interesting conversation is about how the best movies reflect our times. Bong Joon Ho said that himself [at the Oscars]. He noted that the best creativity is personal. These are the things that we were thinking about and writing about. More important, we feel the timing is absolutely right to have a conversation about a movie that is reflecting through a very absurdist lens a divided country where we believe the worst in each other. This movie is a cautionary tale for what happens when this gets carried out to its extreme. This movie does not celebrate violence. It does not celebrate stereotyping or finger-wagging or making assumptions about, in air quotes, the other side. It excoriates that behavior and, more importantly, it has fun in the process.

Why did you want to make this movie?

Lindelof: The intention was to reflect what’s happening. The two questions that I always ask before I fall in love with anything is “why” and “why now?” I think that the answer to why was this idea of getting flooded with conspiracy theories. You’re not entirely sure what’s true, and some of them are completely and totally ridiculous and do turn out to be true. Some that are mundane turn out to be false. This idea of what do I believe, felt like a very ripe theme to be taking on. The “why now” of it all is that this belief system was starting to get conflated with liberal ideologies and we were starting to make judgments about our own family members and friends. It’s a cautionary tale. I remember seeing the movie ‘The Day After’ when I was a kid, and it showed you what the aftermath of a nuclear conflict between the United States and the USSR might be like. I wanted to do that with ‘The Hunt,’ but with a sense of play. It’s an absurd premise that we do with a light touch. ‘Get Out’ taught me that you can take a subject matter that is intensely serious, but have a presentation that is really fun.

Did you ever consider just releasing the movie straight to streaming?

Blum: No. The movie fit into the category of an event. We always wanted there to be a theatrical release.