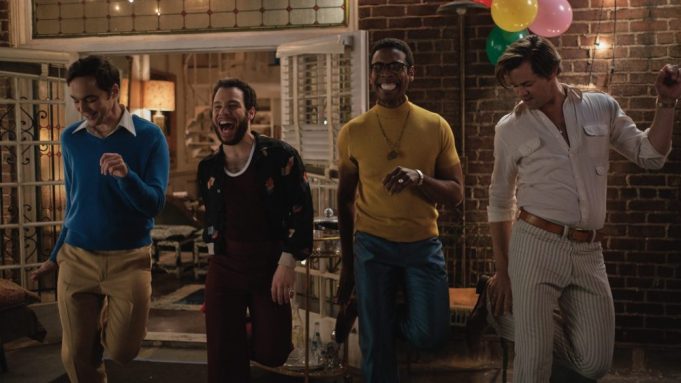 If you missed the critically acclaimed 2018 Broadway adaptation of “The Boys in the Band” — starring Jim Parsons, Zachary Quinto, Tuc Watkins, Andrew Rannells, Matt Bomer, Michael Benjamin Washington and Robin de Jesús — now is your chance. The Tony-winning cast from the revival have reunited, with the help of Ryan Murphy, for their Netflix debut.

Filmmaker Joe Mantello directed the upcoming movie adaptation, based on the play by Mart Crowley, who died earlier this year.  Like the show, the film centers around a group of gay men who gather together for a birthday party in 1968 New York. The night starts to unravel when a guest from the host’s past appears.

“In 1968 New York City — when being gay was still considered to be best kept behind closed doors – a group of friends gather for a raucous birthday party hosted by Michael (Jim Parsons), a screenwriter who spends and drinks too much, in honor of the sharp-dressed and sharp-tongued Harold (Zachary Quinto). Other partygoers include Donald (Matt Bomer), Michael’s former flame, now mired in self-analysis; Larry (Andrew Rannells), a randy commercial artist living with Hank (Tuc Watkins), a school teacher who has just left his wife; Bernard (Michael Benjamin Washington), a librarian tiptoeing around fraught codes of friendship alongside Emory (Robin de Jesús), a decorator who never holds back; and a guileless hustler (Charlie Carver), hired to be Harold’s gift for the night. What begins as an evening of drinks and laughs gets upended when Alan (Brian Hutchison), Michael’s straight-laced college roommate, shows up unexpectedly and each man is challenged to confront long-buried truths that threaten the foundation of the group’s tight bond.”

The Netflix film is not the first adaptation of “The Boys in the Band.” Fifty years ago, the 1968 Broadway company also starred in their own big screen translation, directed by William Friedkin.

“The Boys in the Band” is just one of many on Netflix’s ever-expanding list of Broadway acquisitions. The streaming service recently released “Springsteen on Broadway” and an onscreen adaptation of the play “American Son” with Kerry Washington. Next up is another Murphy production, “The Prom,” as well as Lin-Manuel Miranda’s directorial debut “Tick… tick… Boom!”

“The Boys in the Band” will be released on Netflix on Sept. 30.