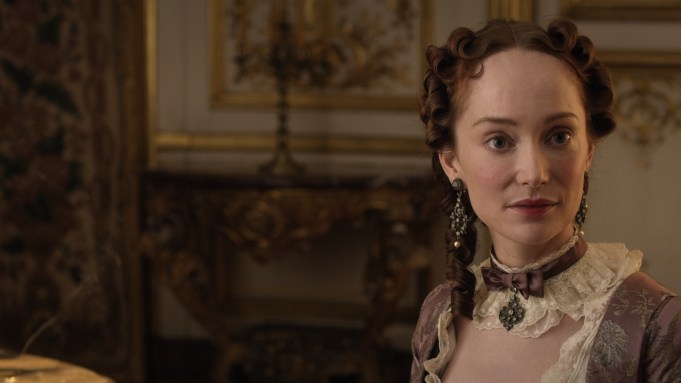 Venice, barring complications, is set to be the first major international film event to hold a physical edition after the coronavirus crisis, with dates set for Sept. 2-12.

She leaves graduate school to take a deep dive into the history of medicine and toggles between the present and the 18th century. It’s Hintermann’s feature film debut following several English-language documentaries, including one about Malick, for whom Hintermann also served as second-unit director on the Italian shoot of Palme d’Or-winning “The Tree of Life.”

Malick, who is the film’s executive producer, has been involved in “The Book of Vision” from the outset. He helped assemble a top-notch team that includes cinematographer Joerg Widmer (“Inglourious Basterds”) and set designer David Crank (“Lincoln”), according to Hintermann and “Vision” producer Gerardo Panichi.

The “Days of Heaven” director’s support also came in the form of his telling Hintermann to go “make the movie that’s in your mind,” Hintermann told Variety.

Hintermann and Panichi belong to Rome filmmaking collective Citrullo International, who are also film scholars and co-producers of films by Amos Gitai, including “Rabin: the Last Day,” and U.S.-based Iranian auteur Amir Naderi’s “Monte,” which premiered at Venice in 2016. Panichi said Hintermann’s feature film debut is “an important milestone in our journey.”

Meanwhile, Hintermann called “Vision” “a game of mirrors between two dimensions” and said the temporal leaps are partly “inspired by the type of storytelling in video games.” He also pointed out a tight 90-minute running time “gives it the right pace to create a continuous vortex that hopefully really draws you in.” He also noted that in creating its tone, he made no distinction between highbrow and genre. “It mixes ‘Barry Lyndon’ and ‘Labyrinth,'” he said.

Though it’s highly unlikely that Malick will show up in Venice, Hintermann said he is working on having the film’s cast present on the Lido to launch the hotly anticipated film, which is a three-way co-production between Citrullo and Rai Cinema for Italy, Belgium’s Entre Chien et Loup, and Luminous Arts in the U.K.

On premiering his “Vision” at physically-held Venice, Hintermann commented that “nothing happens by chance” since his film “is about rebirth” and, this year, Venice will “by definition be a re-invention after the trauma we went through.”

“We’ve given this edition lots of thought,” said Venice Critics’ Week General Delegate Giona Nazzaro, who thanked the Venice Biennale, which oversees the main Venice fest, for “sharing with us their findings about the complexities of this (upcoming) edition,” which won’t be easy, he noted, but will convey “an important signal.”

“For us to have him open the 35th edition of the Critics’ Week is pretty amazing because it’s a sign that filmmaking evolves thanks to the people who have a lifelong passion for cinema and keep searching and asking questions,” Nazzaro said.