Continue to Variety SKIP AD
You will be redirected back to your article in seconds
Sep 6, 2020 10:31am PT 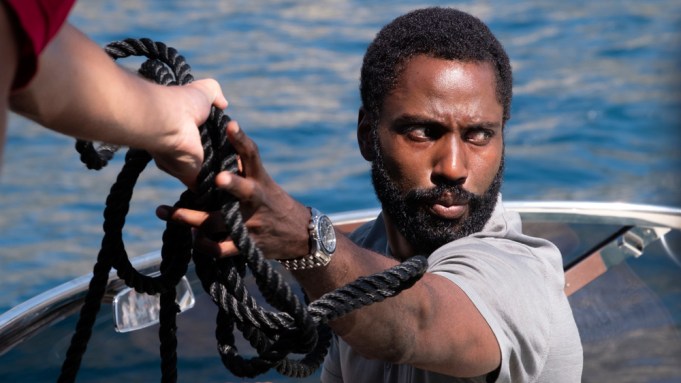 Christopher Nolan’s “Tenet” has been hailed by the Western film industry as a savior of the in-person theatrical experience around the world, but this weekend in China it lost out repeatedly to the local savior of Chinese cinema, Huayi Brothers’ war film “The Eight Hundred.”

The Chinese title bested “Tenet” each day of its three-day debut weekend. Despite already being in its third weekend in theaters, director Guan Hu’s patriotic retelling of a 1937 fight against the Japanese grossed $32.3 million to beat out Nolan’s critically acclaimed thriller, which debuted to just $29.6 million, according to figures that including online ticketing service fees from industry tracker and ticketer Maoyan.

Maoyan is currently projecting a $66.9 million total for “Tenet” in China, which would mean that the film has already earned about half its total box office from the first three days — showing a limited pull among Chinese audiences.

Unlike previous Nolan films, has not been met with unanimously rave reviews, soliciting an 8.3 rating on the more populist Maoyan and just 7.9 on Douban, a platform popular with more discerning young urbanites.

The closest competitor to the two standout titles was Chinese time traveling romantic comedy “Love You Forever,” which grossed $2.54 million in its second weekend, including service fees, according to Maoyan.

In fourth behind it was the 2019 Japanese mystery “Masquerade Hotel” directed by Masayuki Suzuki, which opened to $1.4 million. In fifth was Disney/Pixar’s “Onward,” more than two weeks now into its Chinese theatrical run, which grossed $1.13 million this weekend, bringing its total China gross to $7.8 million.