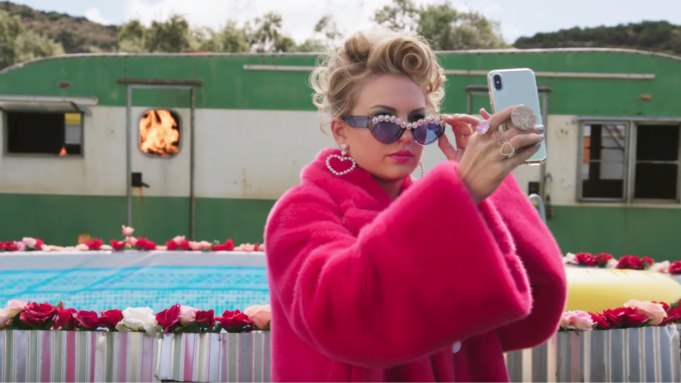 “I feel really really good about not being muzzled anymore, and it was my own doing,” Taylor Swift reveals in the first trailer for her Netflix documentary, “Miss Americana.”

The singer and songwriter gets candid in behind-the-scenes footage, saying, “Throughout my whole career label executives would just say: ‘A nice girl doesn’t force their opinions on people. A nice girl smiles and says and waves and says thank you.’ I became the person everyone wanted me to be.”

In an exclusive sit down with Variety, Swift explained why it was time to speak up for political and social causes she believes in. Swift, a recipient of the Vanguard Award from GLAAD, realized: “To celebrate but not advocate felt wrong for me. Using my voice to try to advocate was the only choice to make.”

She continues, “Because I’ve talked about equality and sung about it in songs like ‘Welcome to New York,’ but we are at a point where human rights are being violated. When you’re saying that certain people can be kicked out of a restaurant because of who they love or how they identify, and these are actual policies that certain politicians vocally stand behind, and they disguise them as family values, that is sinister. So, so dark.”

The revealing film also includes a new song that Swift wrote, inspired by the Midterm elections. The tune, titled “Only The Young,” will play during the credits of the documentary.

“Miss Americana,” directed by Lana Wilson, will premiere as the opening night movie at Sundance Film Festival. It debuts on Netflix Jan. 31.