The 5 Most Revelatory Moments From Taylor Swift Documentary ‘Miss Americana’ 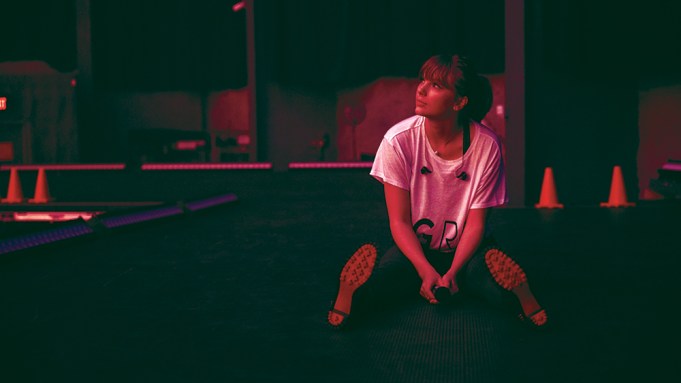 On Thursday night in Park City, Utah, the 2020 Sundance Film Festival opened with the premiere of the highly anticipated Taylor Swift documentary, “Miss Americana.” During a Q&A after the film ended — and received a standing ovation from the audience at the Eccles Theater — Swift said she had enlisted director Lana Wilson for the project after watching her 2013 documentary “After Tiller,” which profiled the few doctors left in the United States who perform late-term abortions. In her remarks before the premiere, Wilson said the movie was made in such “complete secrecy” that even her family didn’t know what she was doing.

“Miss Americana” — which traces Swift’s ambitious musical rise — is equally about her evolution from an apolitical popstar and approval addict to an outspoken feminist and LGBTQ ally.

Along the way, Swift also finds peace, as well as happiness in her personal life. It’s an entirely satisfying portrait of a young artist at the height of her powers. Made by Netflix, it will drop on the streaming service on Jan. 31.

Here are five revealing moments from the premiere itself, and from “Miss Americana.”

But Swift then reveals one of her quirks: “For awhile I wrote with quill and ink.”

She specifies, with self-mockery: “a glass quill, and an inkjet.”

2. Swift is new to burritos.
In one scene, Swift is in the studio with producer Joel Little.

“Do you eat burritos?” she asks him abruptly.

“Some people don’t!” she says.

“I didn’t ever eat burritos until, like, two years ago. I just had never tried one,” Swift answers.

3. Swift reveals she had an eating disorder.
After walking through a huge crowd of fans and paparazzi outside of her Tribeca apartment to get into a limo — “my front yard,” Swift calls it — she talks about being photographed.

“It’s not good for me to see pictures of myself every day,” Swift says.

Swift continues: “I tend to get triggered by something, whether it’s a picture of me where I feel like I looked like my tummy was too big, or someone said that I looked pregnant or something. That will just trigger me to —,” she pauses, “starve a little bit. Just stop eating.”

She’s fought through those feelings, and is determined to eat well and be strong: “I’m a lot happier with who I am. I don’t care as much if somebody points out that I have gained weight. It’s just something that makes my life better.”

4. “Cats” — no, not the movie!
Swift is a famous cat owner, and they’re all over “Miss Americana.” In one scene on her plane, she stands up and reveals she’s wearing a backpack that’s a cat carrier. (With a cat in it.)

5. Swift says her court battle caused her political turn.
Swift alleges that in 2013 a Colorado DJ put his hand up her skirt during a photo op; in 2015, he sued her for getting him fired. Swift countersued him for $1, and the jury eventually sided with her. But she found the experience harrowing — and life changing.

“I couldn’t really stop thinking about it,” Swift says. “And I just thought to myself, ‘Next time there is any opportunity to change anything, you had better know what you stand for and what you want to say.'”

Against the wishes of her team — especially her father, who fears for her safety — Swift posts the now-famous Instagram before the 2018 midterm elections in which she endorsed the Democratic candidates running for Senate and Congress in Tennessee. (Both ultimately lost.)

In that conversation, Swift tells her father she’s “sad that she didn’t” speak out against Donald Trump in 2016. “I can’t change that,” she laments.

“I need to be on the right side of history,” Swift says.

The crowd at Eccles burst into applause.