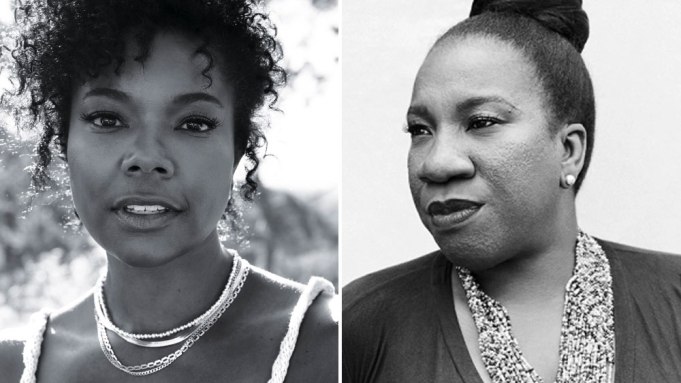 In lending her voice to this week’s cover story on Gabrielle Union, #MeToo Movement founder Tarana Burke expands on the importance of speaking up at work in Hollywood and beyond.

Gabrielle Union is unique. She is what older black folks would call a “born truth-teller.” She’s a person that is going to be physically uncomfortable not standing in her truth. It’s important to have people like that in your workplace and your life.

It’s rare, and in Hollywood it’s even more rare, because there is so much at stake — if you’re a woman, if you’re black, and even more if you’re a black woman. Taking that risk is important. We wouldn’t have this moment or this #MeToo movement if there weren’t people like her who decided to take that risk, and we owe a debt of gratitude for that.

What happens often with the person who tells the truth is that we build off of that truth and we make changes and shift policy — but we don’t care for the material life of the truth teller. Who protects Gabrielle Union? Not to say she asked for it, or make her out to be a victim or martyr, but we must protect our truth tellers so that they know that the risk was worth it and also, so that new ones come forward. More work and the space to create projects should be the reward for her audacity.

At the end of the day, we’re all working to make a living, and in some ways, this comes down to labor rights and protecting workers. That point can’t be over-emphasized; there are consequences to speaking out. She has a certain amount of privilege so the consequences didn’t impact her the way it might others. But it’s important to name that she also did not have a lot of allyship in doing this. The people on the show, her colleagues, didn’t come to her aid.

It’s exhausting being this person all of the time. Those are the things that people forget. We can tell a hero’s story, and it comes at a cost that is often exhausting for our heroine. What is the label she now has? There are likely executives who will now say, “She was a bit of a problem on that other thing.” All for simply telling the truth – and not a vague truth – one that they all know is right but choose to ignore.

These institutions, these big corporate entities, have such a big role to play because they are like islands of their own. We have the way our country works, we have government, we have a process that we go through to change policy. But what we don’t have are enough examples of corporations making bold moves that change culture, the way business is done, and demonstrate a commitment to the safety and agency of their employees. A lot of media and entertainment institutions can make decisions in ways that are disconnected from larger processes of change. How we get a sexual harassment law on the books is very different from how NBC Universal changes their sexual harassment policy surrounding their employees. I think their responsibility is to always first and foremost protect the people who work for them, and that’s not just compensation.

Employees should be free from racism, sexism, all isms as well as retaliation. Corporations should be setting an example, and I think these corporations will learn very quickly that this generation, particularly young people, are just not here for the bullshit. All of us can take a lesson from them, and that backlash can be very hurtful to the bottom line.

Let’s put aside being morally sound for a moment, and make it about protecting their profits. The things that these institutions are being asked to do don’t take away from that — they will actually increase profits. . That means these companies are not moving forward because they are settled in their privilege. For many of them this is about being stuck in what you’ve always done and how you’ve always done it without any realization that times, minds, dynamics, culture have all changed.

These institutions have to move with the times, or risk being swept over. They are beholden to the people they employ, and the people they want utilizing their services and content. If we’re demanding change on the ground, and we want a new narrative and a new mode of operation, how do you avoid that? We are constituents in a different kind of way. They’re going to have to hear this and not think, ‘We’ll PR our way out of this.’ That won’t work anymore.

We need for these companies to have more institutional courage. What does it look like to step out and be the first to say, ‘We’re not just going to put a bandaid on this. We’re going to dig deep and do some different things, and bring people to the table who know better so we can do better.’ Have a little bit of courage if nothing else they can learn that from the Gabrielle Unions of the world.

As told to Matt Donnelly.