Continue to Variety SKIP AD
You will be redirected back to your article in seconds
Dec 15, 2020 12:44pm PT 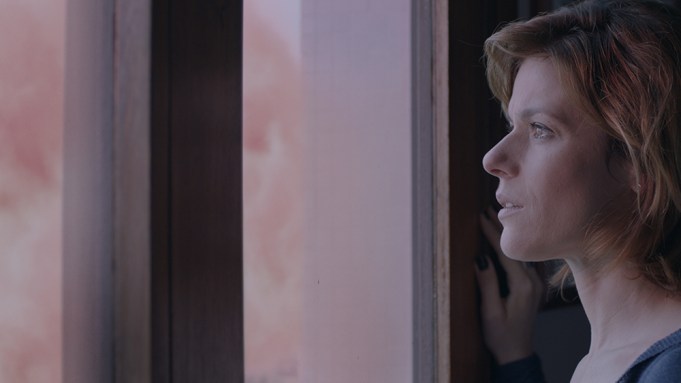 She drops dead 10 seconds later. Sirens awake Giovana and Yago, who only met the night before, instructing them to close all windows and doors immediately.

A stock post-apocalypse thriller would have charted their physical battle to survive confinement, then solve the mystery of the cloud. In her feature debut, written in 2017 and shot in 2019, but made in a remarkable act of prescience, writer-director Gerbase takes “The Pink Cloud” in another, character-driven, direction. The film’s chore is its charting of the distinct emotional reactions of Giovana (Renata de Lelis, “Avental Rosa”) and Yago (Eduardo Mendonça, “Necropolis”) as days of lockdown become years.

“When COVID-19 began, I thought people would only see ‘The Pink Cloud’ as reflecting coronavirus, when right from the beginning, it was conceived as a feminist film,” Gerbase told Variety.

She added: “Giovana makes it clear she doesn’t want a longterm relationship with Yago, and tells him, ‘No, I don’t want kids.’ The film is about what society expects from women. Giovana’s freedom is gone and her wishes, what she wanted from life, doesn’t matter any more.”

But Giovana’s sense of discomfort grows, and her sense of rebellion, transcends her relationship with Yago.

“The Pink Cloud” weighs into Sundance as a banner title from a young generation of women directors in Brazil that already swept Ventana Sur, where both Flavia Neves’ “Fogaréu,” a searing magic realist putdown of provincial Brazil, and Thais Fujinaga’s “The Joy of Things,” a probing portrait of pressured motherhood, played the market’s main Primer Corte competition.

Near all have experimented with genre. “Generations ago, genre was more niche, but no longer but films like ‘Good Manners’ are really focused on characters, just as ‘The Pink Cloud’ is intimate sci-fi, like the new feature I’m writing,” Gerbase said.

Though not made as a reaction to COVID-19, “The Pink Cloud” could help people process emotions which the global lockdown has sparked, by turning, for instance, on different views of happiness and freedom, Gerbase argued.

Though feminist-themed, “The Pink Cloud” does not judge nor condemn Yago’s pragmatic adaptability. In lockdown, “many people are trying to be productive, saying ‘Let’s cook a lot’ or ‘Let’s learn, make a lot of online classes,’” Gerbase observed. “I’m like, if you’re not productive, don’t worry. There’s no right way to heal, even in life in general, but especially in 2020.”