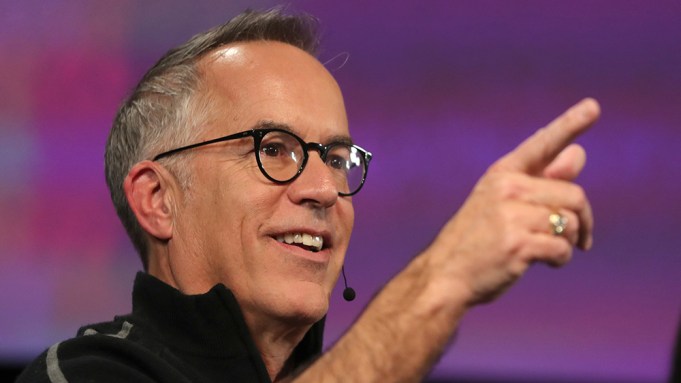 John Cooper, the outgoing director of the Sundance Film Festival, has been on Robert Redford’s payroll for 30 years.

Many in the small world of Hollywood, and the even smaller ecosystem of global film festivals, braced at the announcement last June that Cooper would step down, taking with him decades of institutional memory. Cooper spoke with Variety about his long Park City experience and the past 11 years spent in the director role.

Have you become sentimental or reflective in these past months?

Over a year ago I started thinking about how my time was coming to an end, but I also wanted to make sure that there’s a real smooth transition. I talked to [Sundance CEO] Keri Putnam, because I’m really dedicated to Robert Redford and my staff, and we don’t want any bumps in the transition. I’ll be there through next year at least, but not as the director. Being there to answer questions. When you’ve been at a festival for 30 years, and my 11th as director, you know a lot.

I keep remembering the weirdest things, the important things. I wrote down a list the other day of all the people I’ve been most excited to meet, and their crazy stories. Like Anna Wintour, she was there for “The September Issue” and insisted that I do the Q&A — she had to have the director of the festival. So, I had to rush over there and prepare my notes in the car. Another favorite is Tammy Faye Baker (2000’s “The Eyes of Tammy Faye”). She was so stressed out, so I had to meet her at her hotel room, so we just sat there watching “Heidi” on cable. And then, Shirley MacLaine, who told me before she went up to speak, “Tell ‘em to hit me with the spot, and stay with me!”

In a broad sense, what does Sundance need to be for people?

I ask myself that every year. If you want to get really grand, it needs to be a place for possibility. A place where stuff can happen. All the artists are there with their projects and their dreams, and the audiences. The audiences are there to be revived, somehow.

The festival has also grown to a place to get truth — it’s a stronger, more vital thing. With all the documentaries, you’re getting a bigger worldview and messages and impact. I always hope that we’re somehow giving authenticity and truth in the program. I think it revives people.

Think about the movies coming out in WWII — they were all escapism, those big musicals, getting away from reality. I don’t think that does it anymore. I think what calms people down is the actual truth. Instead of hidden truths and lies, there is something about being grounded in a world that’s real.

You’ve been at the festival for three decades. There were was a point, 10-15 years ago, where it became a lot bigger than itself. There was criticism for excessive gifting, partying and reality stars. It’s really come back to earth. How conscious was that effort?

You kind of go down a path and then realize, “That’s not what we meant. We didn’t mean celebrity, we meant actually good actors. We didn’t mean noise, we meant impact.” Some of that took real, hard control. Just our relationship with Park City and how we control more, so it stays a functional event. There are also a lot of people on our staff who are in charge of those specific problems, making sure our sponsors have the same values we have.

Was there ever a come-to-Jesus moment with Robert Redford, where he said specifically that this culture had to change?

Oh, every year! No, he’s a realist above all else. He knows that it’s hard to control, but he also never gives up trying. I always make jokes that he’s made me the most optimistic person in the room. I tend to surround myself with pessimists and I’ve got to be the cheerful one. It’s not really my nature, I just want to be angry and sad. It’s taken a lot of diligent work to serve his vision, and when you go back to that, it helps you hold the course.

Is there one aspect of the job you’ll miss most?

The actual film selection, sitting with my staff and talking about film. It’s so vital and so fun. But the hard part is rejecting, having to reject many people wears on me. It’s something that has built up over the years. Not financiers, or studios, or agents, but the filmmakers themselves. It’s tough to say, “Sorry, not this year.”

Is there one true disaster or meltdown you can’t believe you survived?

There was a year we got a little cocky. I got a sneak preview of a Coen brothers movie, “The Big Lebowski,” and we didn’t announce it. It wasn’t printed anywhere, it was meant to be this big surprise, but word was getting out and the Coen brothers were there.

We get to a couple of hours before the screening, and I realize that we never got the print to Park City from Los Angeles. I never told the people in charge of that, because it was such a big secret. Luckily, I had a friend at Gramercy Pictures, and we were together when we got the call and had a nervous breakdown. We sprung into action, and had someone in L.A. go to the office, get the huge cans of film, get to a private plane to Heber City, Utah. All in all, the film only went up about 45 min late. We never told the Coen Brothers. We held the audience at the door.

Conversely, what are your shining achievements?

One of my favorites was always “Beasts of the Southern Wild.” It was so irregular in what it looked like and that it worked, and shined so bright. “Precious” was a big moment for me, when we showed that. “Call Me by Your Name” was, too. And that was a big coup because it was an international film, and that’s harder for Sundance to do. We got the premiere, and a testament to our relationship with Luca Guadagnino. That felt good. I cried during the introduction, I was so embarrassed. I hit on that monologue with Michael Stuhlbarg.

There are so many of those big films, like when we did “Whiplash” for opening day. That was a big thing. And all the way back to “You Can Count on Me” and “The Station Agent,” “Whale Rider,” “Napoleon Dynamite.” It’s those moments where you’re in that fear, waiting for the end of the movie, and the whole place erupts. You live for those moments. These things come back to me after being so busy and you realize, people are going to see this stuff. Another big one is “Reservoir Dogs.” Also, when you see careers on the verge of being made. Paul Thomas Anderson, Alexander Payne.

Do you know who will replace you?

I know the finalists! It’s a bit of a small world out there, and the tricky thing is, people think of it as a glamour job — but it’s sitting watching eight movies a day, week after week.

Yeah, especially in my early years. Now my staff does not. It’s long, and there’s no real way to speed up that process. In some ways, one thing I’m most proud of is having refined those systems so we don’t miss a film. We find the best. It’s a factory of sorts, with checks and balances. And then you just argue like crazy!

How heated do those conversations get?

The trick is to have those conversations and not get heated — when that happens, you lose time. What I will say is that the staff will argue about the last film just as much as the first. We fight it out to the very end, which makes for a good program.

Kenneth Cole makes the official staff jackets each year. Do you have 30 of them sitting in your closet?

I’ve given a lot of them away. This will sound so corny, but I live up in the wine country now. During the Santa Rose fire, they were really short on jackets in particular, so I had everyone on the staff send in old jackets, because you kind of don’t know what to do with them. They’re important, but you don’t need 12. Everyone sent jackets and I got a couple hundred and sent them up to Santa Rosa, to a hospital that had been evacuated. I keep waiting to see people around town wearing them.

What will you do next?

I started in theater, so I’d love to go back and do something there. I’m not in any hurry. I’m looking for experiences that make me happy.