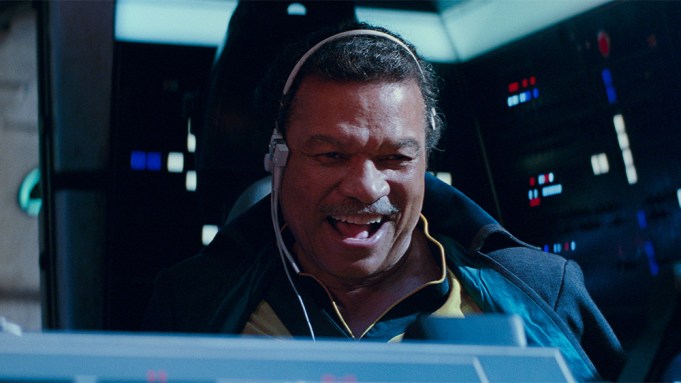 Moviegoers flocked to “Star Wars: The Rise of Skywalker” on New Year’s Eve, choosing to ring in 2020 by ringing out the nine-film saga about the rise, fall, rise, fall, and rise again of cinema’s preeminent Jedi family.

The Walt Disney Studios and Lucasfilm release pulled in an estimated $13.1 million on Tuesday as much of the world prepared to pop the champagne on the year that was. That brings “The Rise of Skywalker’s” domestic total to $390.6 million, putting it in position to cross the $400 million mark at some point on New Year’s Day.

Sony’s “Jumanji: The Next Level” continued to perform well despite the formidable challenge from the latest Star Wars. The film came in second over the holiday, bringing in $8.3 million to push its domestic haul to $192.1 million. “Jumanji: The Next Level” is the follow-up to 2017’s “Jumanji: Welcome to the Jungle.” It reunites a cast that includes Jack Black, Dwayne Johnson, and Kevin Hart, who is also making headlines with “Kevin Hart: Don’t F**k This Up,” a Netflix series that revisits his cheating scandal and the controversy over his past homophobic jokes that derailed his selection as Oscar host.

Another Sony release, “Little Women,” slid into third place, earning $4.1 million and bringing its domestic total to $37.6 million. Greta Gerwig’s adaptation of the Louisa May Alcott novel has earned rave reviews for its feminist take on the familiar story and for the lead performances of Saoirse Ronan and Florence Pugh.

Rounding out the top five were Disney’s “Frozen II” with just under $4 million and Fox’s “Spies in Disguise” with $3.6 million, bringing the family films’ stateside totals to $430.1 million and $29.3 million, respectively.

If estimates hold, the 2019 box office will top out at just under $11.4 billion, down 4% from last year’s record haul of nearly $11.9 billion. That’s a disappointment. Still there’s some things to celebrate — the global box office is expected to achieve a new high-water mark and the year’s domestic total still ranks as the second-best in history.