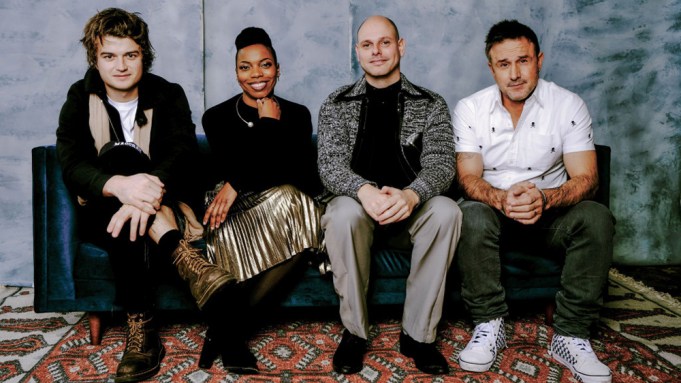 “Throughout his career, Drake has always made a point to support young creatives as well as provide opportunities and Dreamcrew Entertainment is an extension of this —  embracing young, up and coming story tellers like Eugene who are given the backing so they can tell their stories uninhibited,” the production company said.

“Spree” was bought at Sundance for $2 million by AMC-owned RLJE Films. Kotlyarenko, whose credits include “Wobble Palace” and “A Wonderful Cloud,” tells Variety that he and Keery had worked extensively on the project before shooting last year. He also said he found inspiration for the story in classic media satire films such as “Network,” “Ace in the Hole” and “A Face in the Crowd.”

“I think ‘Spree’ has an important statement to make as a critique of our media culture,” says Kotlyarenko. “Joe and I looked at hundreds of videos so he could give Kurt Kunkle a sense of pathos and desperation to be a media star. I think we all have a little Kurt in us.”

Keery noted that he was instantly drawn to the project: “As an actor, you read so many things so ‘Spree’ really stood out from the first moment. It was a challenge to play a character who’s not likeable and gradually becomes a monster.”

Arquette, who plays Kunkle’s drug addict father, tells Variety that he was particularly pleased by the film’s feel for current social media. “There’s always a sense that no one really cares about you and I think Eugene has captured that,” says Arquette. “I definitely hope to work with him again.”

Zamata, whose memorable performances as Rihanna and Michelle Obama during her four seasons on “Saturday Night Live” were a highlight of the NBC show, adds that she was pleased by her portrayal of a standup comedian dealing with a psychopath. Says Zamata: “I have not done anything that’s close to this tone.”

“Spree” is scheduled to be released in theaters, on demand and digital on Aug.14.