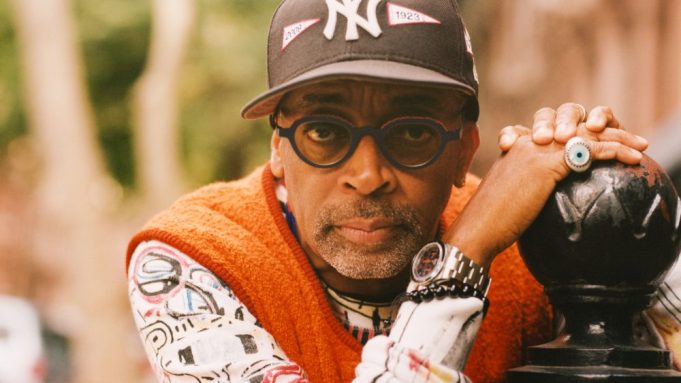 Spike Lee will receive the American Cinematheque Award and will be honored during a virtual tribute on Jan. 14, 2021.

“As a cultural arts organization that celebrates the importance of film in our society, Spike Lee is the perfect choice for the Cinematheque’s annual award,” Nicita said. “Spike’s ability to perceive and depict the tone of contemporary society is shown in his movies, ranging from ‘Do the Right Thing,’ ‘She’s Gotta Have It,’ ‘Malcolm X’ and ‘BlacKkKlansman’ to name only a few. He continues his outstanding output with this year’s ‘Da 5 Bloods’ and ‘American Utopia.’ We look forward with great anticipation to where he will next shine his light.”

“BlacKkKlansman,” which Lee co-wrote and directed, won the Academy Award for adapted screenplay. He was also nominated for an Oscar for directing and producing “BlacKkKlansman.” Lee received nominations for original screenplay for “Do the Right Thing” and for documentary feature for “4 Little Girls.” He was awarded an Honorary Oscar in 2015 for lifetime achievement and contributions to the state of motion picture arts and sciences.

Lee’s other feature credits include “School Daze,” “Mo’ Better Blues,” “Jungle Fever,” “Crooklyn,” “Clockers,” “Girl 6,” “Get on the Bus,” “He Got Game,” “Summer of Sam,” “Bamboozled,” “25th Hour,” “She Hate Me,” “Inside Man,” “Miracle at St. Anna,” “Red Hook Summer,” “Old Boy” and “Chi-Raq.” Lee’s feature documentary work includes the Emmy-winning “If God Is Willing and Da Creek Don’t Rise,” a follow-up to his HBO documentary “When the Levees Broke: A Requiem in Four Acts,” and the Peabody Award-winning “A Huey P Newton Story.”

In the television space, Lee launched the Netflix original series “She’s Gotta Have It,” which ran two seasons on the platform as a contemporary update of his 1986 film. He is a graduate of Morehouse College and New York University’s Tisch School of the Arts, where he is a tenured professor of film and artistic director. Lee’s production company 40 Acres and a Mule Filmworks is based in Brooklyn, N.Y.

Lee’s “Da 5 Bloods” debuted on Netflix on June 12 amid a groundswell of support for the Black Lives Matter movement following the deaths of George Floyd and Breonna Taylor at the hands of police.

“I cannot take any credit for this. The film was shot when it was shot; it was ready to come out when it was ready to come out. And then the world changed for everybody,” Lee told Variety about the timing of the film’s release. “When something is repeated all the time it becomes a cliché … but that doesn’t mean it’s not the truth. And the truth I’m talking about is timing is everything. This film’s coming out at the right time for the world we live in.”