‘Sonic the Hedgehog’ Sequel in the Works (EXCLUSIVE) 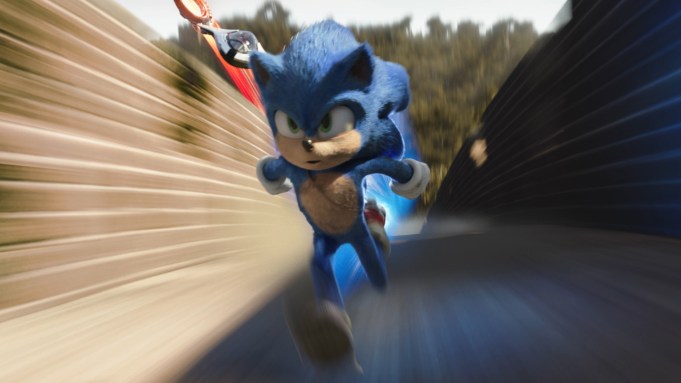 “Sonic the Hedgehog” is getting a sequel.

Paramount Pictures and Sega Sammy confirmed on Thursday that they have commenced development on a sequel to the live-action family comedy. The sequel would reteam the filmmakers, with Jeff Fowler directing, and Pat Casey and Josh Miller writing the script.

The movie is still in the development stage so decisions have not been made yet regarding casting or a production start date.

Based on the popular video game franchise from Sega, the first film, released in February of this year, tells the story of the world’s speediest hedgehog as he embraces his new home on Earth. Sonic (voiced by Ben Schwartz) and his new best friend Tom (played by James Marsden) team up to defend the planet from the evil genius Dr. Robotnik (Jim Carrey) as he plots world domination. The family-friendly pic also stars Tika Sumpter.

Upon its release, “Sonic the Hedgehog” scored the No. 1 opening weekend of all time for a movie based on a video game, and boasted the fourth-best Presidents Day weekend debut.

“Sonic” was among the slew of films released early on home entertainment after theaters were shuttered due to the COVID-19 crisis.

Casey and Miller are repped by APA, Gotham & VanderKloot Law.