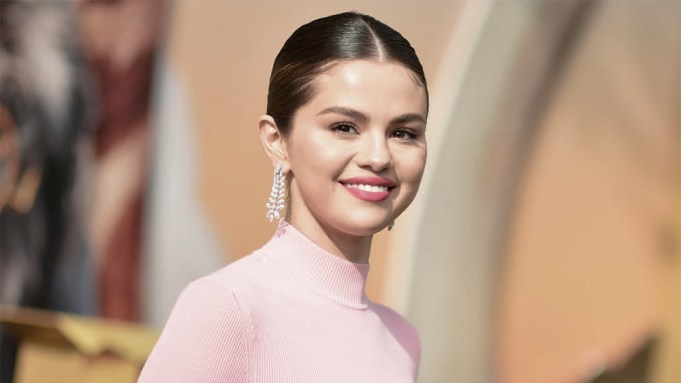 Selena Gomez is getting an upgraded suite for the next installment of the Sony Pictures Animation franchise “Hotel Transylvania.”

Gomez will serve as an executive producer in addition to voicing the co-lead on the project, Dracula’s thoroughly modern daughter Mavis.

The “Hotel” franchise has generated over $1.3 billion at the worldwide box office, consisting of three films and a spinoff series. Adam Sandler has voiced Dracula, the proprietor of a spooky hotel that serves as a haven for mythological monsters who cannot live openly among humans.

Jennifer Kluska and Derek Drymon will direct the new film, which is due to hit screen on Aug. 6, 2021. Series creator Genndy Tartakovsky returns as screenwriter and executive producer, along with Michelle Murdocca. Alice Dewey Goldstone also serves as producer.

Gomez’s live-action credits include “The Dead Don’t Die,” “The Big Short,” and the Netflix original “Fundamentals of Caring.” The former Disney star also executive produced the Sony release “The Broken Hearts Gallery” starring Geraldine Viswanathan and Dacre Montgomery, one of the first films to roll out amid coronavirus shutdowns.  Gomez also shepherded the Netflix hit “13 Reasons Why” and the docu-series “Living Undocumented.”

She currently stars in the HBO Max original “Selena+Chef,” a quarantine cooking show, and has set up “Only Murders in the Building” as a producer and star opposite Steve Martin and Martin Short at Hulu.

Director Kluska previously worked as a story artist on multiple features for Sony Pictures Animation, including “Hotel Transylvania 3: Summer Vacation”  and “Hotel Transylvania 2” and “Cloudy with a Chance of Meatballs 2.” She recently directed on the reboot “DC Super Hero Girls” for Warner Bros, for which she serves as a supervising director and producer.

Drymon has worked on numerous animated productions and is best known for his work as creative director on “SpongeBob SquarePants,” an executive producer on “Adventure Time” and a custom animation director for Illumination.

Tartakovsky directed the first three films, and is currently at work on two features for Sony Pictures Animation: the R-rated comedy “Fixed” and action-adventure “Black Knight.” He is 15-time Emmy award nominee and also executive produced “Primal: Tales of Savagery.”