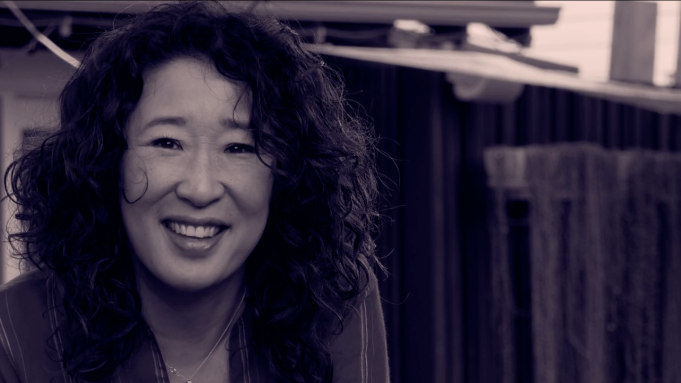 An upcoming documentary following the early career of an aspiring Asian American actor unveiled a new trailer that features a conversation with Sandra Oh among other trailblazing actors of East Asian descent.

“Searching for Anna May Wong,” produced by Quentin Lee, traces the journey of actor Natasha Tina Liu, who raises the question, “If trailblazing actor Anna May Wong were still alive today, would she still face the same racism and challenges she experienced during her time in Hollywood?”

“Historic Asian American figures like Anna May Wong really came up despite all the odds,” Lin said. “They had to be rebels, freedom fighters as well as artists. We’re at another crossroads now, and it’s very important to me that I don’t fall short of their legacy.”

“Searching for Anna May Wong,” co-directed and edited by Denise Chan, is set to screen at the Laemmle NoHo 7 Theatre from Nov. 20 to 26, and will be available for streaming on its website and Asian American Movies on Nov. 27. It will be released on Amazon at a later date.

“For the past three years, ‘Searching for Anna May Wong’ has been a challenging journey to say the least,” Lee said in a statement. “Because most of the talent involved came on board as a favor to me, this previously unfinished project has been weighing on me. To not let my friends’ efforts go in vain, I had no choice but to finish the film by crook or by hook. I’m most grateful to Denise for coming on board as an editor and co-director, and Natasha for helping us finish the film.”